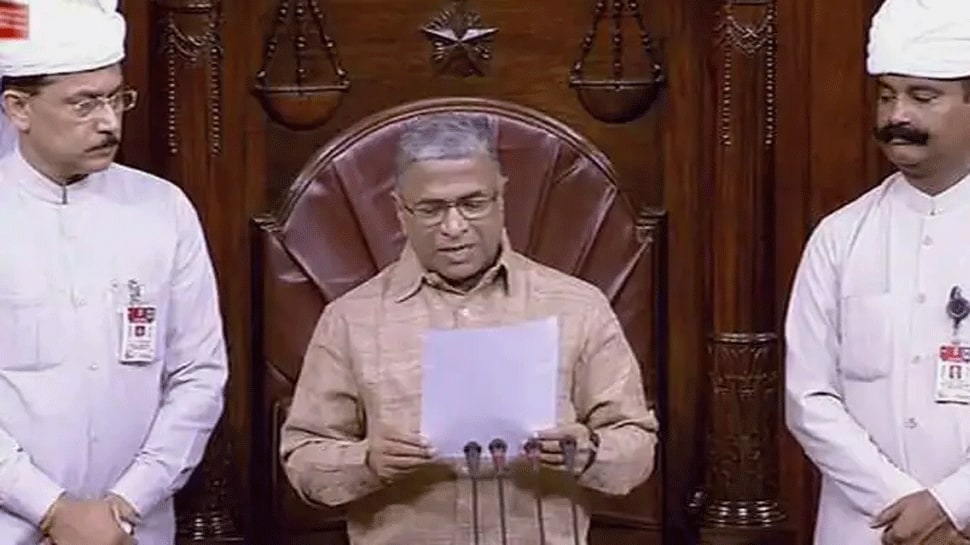 New Delhi: Rajya Sabha Deputy Chairman Harivansh has issued a clarification regarding the events of September 20 when two agriculture bills were passed in the Upper House of Parliament.

"I hold a constitutional position and therefore, cannot issue a formal rebuttal. I am bringing these facts to your notice and leave it to your conscience for your judgment," Harivansh said in his statement.

The statutory resolution disapproving the ordinance and the amendment for the reference of the bill to select committee moved by KK Ragesh were negatived by voice vote by the house at 1.07 p.m as Sri Ragesh was in the Well of the house and not on his seat in the gallery at that point of time. This can be seen from the video as after calling him to move his resolution and amendment, I looked at the gallery, but he was not there, he stated.

"It is true that Tiruchi Shiva demanded a division on his amendment for reference of his bill to select committee from his seat at 1.10 p.m. You will see from the same video that around 1.09 p.m, one member was tearing the rule book and throwing on me. Besides I was surrounded by some hostile members, who were trying to snatch papers from me," Harivansh said.

"You will appreciate that as per rules and practice, in order to have a division, two things are essential. Firstly there should be a demand for division and equally important that there should be order in the house," he added.

Meanwhile, President Ram Nath Kovind on Sunday gave his assent to three farm bills passed by the Parliament in the recently-concluded monsoon session.

With this, all three bills have now become acts- The Farmers Produce Trade and Commerce (Promotion and Facilitation) Act, 2020, The Farmers (Empowerment and Protection) Agreement on Price Assurance and Farm Service Act, 2020 and The Essential Commodities (Amendment) Act, 2020.

The three bills were passed by Parliament amid vehement protest by the Opposition parties. The Shiromani Akali Dal (SAD) had on Saturday quit the National Democratic Alliance (NDA) over the farm bills issue.