Farmer protests: Rakesh Tikait hits out at PM Narendra Modi, says he will lose election if he contests from Gujarat

The Bhartiya Kisan Union leader said that BJP has destroyed Gujarat and has converted it into a police state. 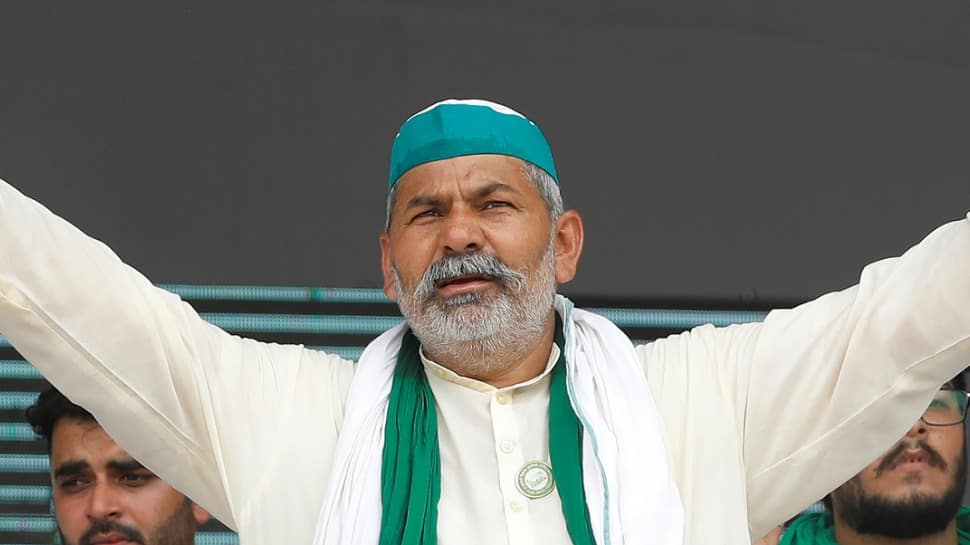 New Delhi: Farmer leader Rakesh Tikait on Sunday (September 5, 2021) hit out at Prime Minister Narendra Modi and said that he will lose the election if he contests from Gujarat.

"The Prime Minister will lose the poll if he contests from Gujarat. They [BJP] have destroyed Gujarat. They have converted it into a police state," the Bhartiya Kisan Union (BKU) leader told a news channel.

Tikait was speaking after attending the 'Kisan mahapanchayat' in Uttar Pradesh's Muzaffarnagar where thousands of farmers had gathered to protest against the Centre's controversial farm laws. The event was organised by the Samyukt Kisan Morcha (SKM) at the Government Inter College ground in Muzaffarnagar.

"The mahapanchayat of September 5 will make the Yogi-Modi governments realise the power of farmers, farm labourers and supporters of the farm movement. The Muzaffarnagar mahapanchayat will be the biggest ever in the last nine months," the SKM had said in a statement.

Rakesh Tikait said that these meetings will be held across the country.

Famous faces like Medha Patkar and Yogendra Yadav were also seen on the dais.

This is to be noted that farmers have been protesting since November last year against the three newly enacted farm laws: Farmers' Produce Trade and Commerce (Promotion and Facilitation) Act, 2020; the Farmers Empowerment and Protection) Agreement on Price Assurance and farm Services Act 2020 and the Essential Commodities (Amendment) Act, 2020.

The measures, introduced last September, allow farmers to directly sell their produce, outside government-regulated wholesale markets, to big buyers. The government says this will unshackle farmers and help them get better prices. Farmers, however, say the legislation will hurt their livelihood and leave them with scant bargaining power against big private retailers and food processors.

Farmer leaders and the Centre have also held several rounds of talks but the impasse remains.

Farming, notably, is a vast sector in India that sustains almost half of the country's more than 1.3 billion people and reportedly accounts for about 15% of the country's $2.7 trillion economy.