Farmers announce 'Mission Uttar Pradesh', to campaign against BJP in UP assembly polls

Delhi Police had on Wednesday permitted farmers to hold a demonstration at Jantar Mantar demanding the scrapping of agricultural laws after they took an undertaking from them that the farmers would not march towards Parliament which is currently in session. 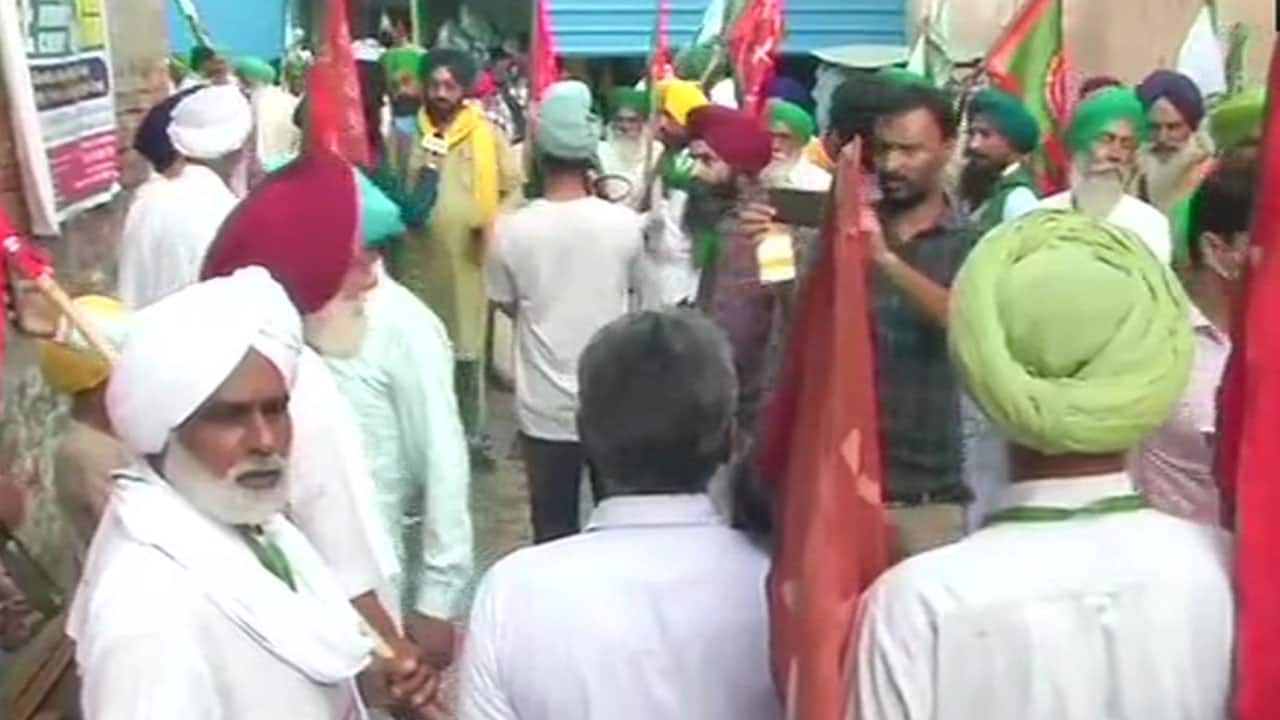 New Delhi: Farmer unions protesting against the three contentious Central farm laws on Thursday announced a "Mission Uttar Pradesh" campaign that will begin from September 5 ahead of the 2022 Assembly elections in the state.

Speaking to reporters at the Singhu border, farmer leader Prem Singh Bhangu said, "Our next stop will be Uttar Pradesh, BJP`s heartland. Our Uttar Pradesh mission will begin on September 5. We will totally isolate BJP. There is no alternative other than to repeal three farm laws. We are ready for talks.’’

Our next stop will be Uttar Pradesh, BJP's heartland. Our UP mission will begin on Sept 5. We'll totally isolate BJP. There is no alternative other than to repeal three farm laws. We are ready for talks: Prem Singh Bhangu (in Pic 1), Farmer leader at Singhu (Delhi-Haryana) border pic.twitter.com/K5cbEwFLGy

Uttar Pradesh Assembly polls are scheduled to be conducted next year.  In 2017, the BJP won a landslide victory winning 312 Assembly seats.

The party secured a 39.67 per cent vote share in the elections for 403-member Assembly. Samajwadi Party (SP) bagged 47 seats, BSP won 19 while Congress could manage to win only seven seats.

Meanwhile, hundreds of farmers will hold a protest at Jantar Mantar today demanding the scrapping of new agricultural laws. Delhi Police had on Wednesday permitted farmers to hold a demonstration at Jantar Mantar demanding the scrapping of agricultural laws after they took an undertaking from them that the farmers would not march towards Parliament which is currently in session.

Security has been tightened at the Singhu border where farmers have gathered today from different protest sites and are heading towards Jantar Mantar.

Farmers have been permitted to protest at Jantar Mantar with limited numbers not exceeding 200 persons for Samyukt Kisan Morcha (SKM) and six persons for Kisan Mazdoor Sangharsh Committee (KMSC) from 11 am to 5 pm daily.

The Delhi government has also granted permission to farmers to hold protests, subject to following all COVID protocols. In a statement issued late on Wednesday, Delhi Police said the farmers will be escorted by police to the designated protest site at Jantar Mantar from the Singhu border in buses.

Only those farmers who have ID cards will be permitted at the protest site and at the end of the day around 5 pm, Police will escort the farmers on the buses as they return to the Singhu border.

Farmers have also been advised not to take out any march in view of COVID restrictions and they have been asked to observe COVID appropriate behaviour and social distancing.

Farmers have been protesting on the different borders of the national capital since November 26 last year against the three newly enacted farm laws: Farmers` Produce Trade and Commerce (Promotion and Facilitation) Act, 2020; the Farmers Empowerment and Protection) Agreement on Price Assurance and farm Services Act 2020 and the Essential Commodities (Amendment) Act, 2020.

So far, several rounds of talks have been held between the Centre and farmer leaders to break the deadlock between the two parties.