Police on Tuesday used tear gas on groups of farmers when they tried to break past barricades and cemented barriers with tractors at Delhi's Mukarba Chowk. Groups of protesting farmers camping at Singhu, Tikri and Ghazipur border points of the national capital broke police barricades on Tuesday morning to force their way into the city, before the time allotted by the Delhi Police for their tractor parade. 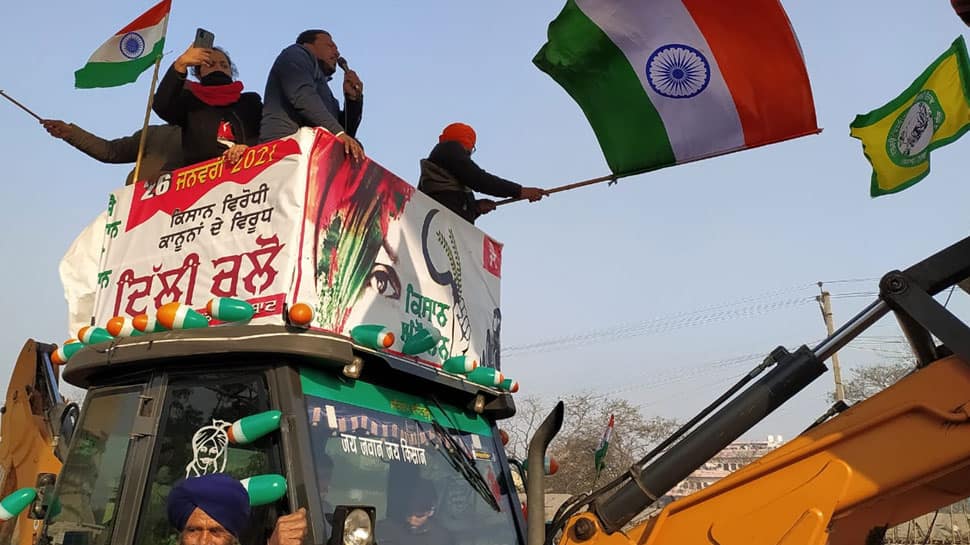 New Delhi: Thousands of protesting farmers camping at the Singhu and Tikri border points of the national capital took out a tractor march against Centre’s three farm laws, broke police barricades and clashed with cops on Tuesday morning forcing the police to order a mild lathi-charge on protesters as they forced their way into the capital city.

According to officials, security personnel tried hard to convince the farmers that they have been given permission to hold their tractor parade in Delhi after the Republic Day parade at the Rajpath concludes. "But some groups of farmers did not relent and started moving towards the Outer Ring Road breaking police barricades," an official said.

The protesting farmers also tore a poster of the ruling BJP near the Tikri border as they proceeded with their tractor march. 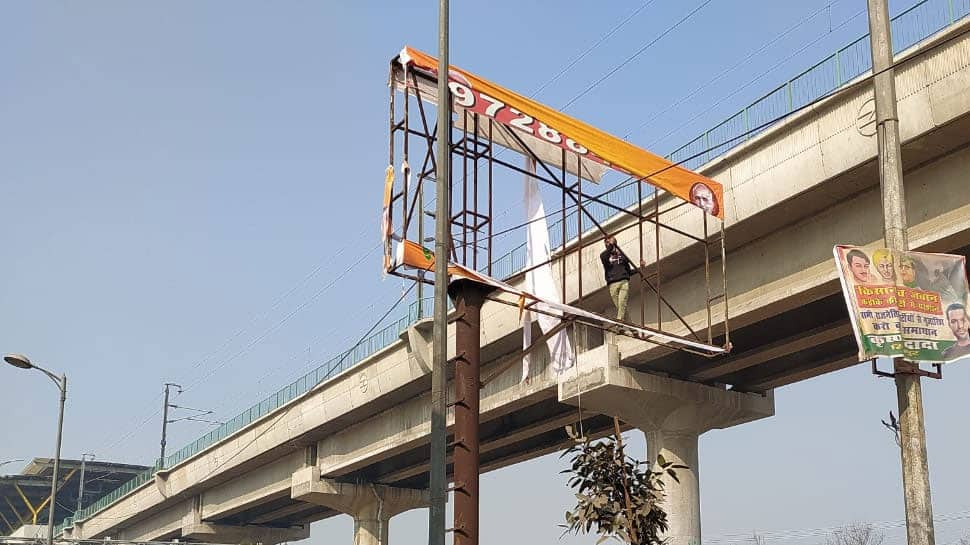 Delhi Police had to use tear gas shells after isolated incidents of a scuffle between protestors and police took place at Sanjay Gandhi Transport Nagar and protestors took over a police vehicle.

A member of the Sankyukt Kisan Morcha, an umbrella body of 41 unions, leading the protest against the three Central farm laws at several border points of Delhi, said those who broke the barricades belonged to the Kisan Mazdoor Sangharsh Committee.

He said the Sankyukt Kisan Morcha's tractor parade will start as scheduled after police give farmers way. The Kisan Mazdoor Sangharsh Committee on Monday announced that they would hold their march on Delhi's busy Outer Ring Road on Republic Day.

The protesting unions have also announced a foot march to Parliament on February 1, when the annual Budget is presented, to press for their demands including a repeal of the three new agriculture laws.

Heavy security has been deployed in view of the 'Kisan Gantantra Parade' that will move into Delhi from the Singhu, Tikri and Ghazipur border points.

India is celebrating its 72nd Republic Day on Tuesday (January 26, 2021), which will be the first to be organized amid the Covid-19 pandemic. This year, the Republic Day celebrations will be a quieter affair as there will be a shorter parade, no chief guest to grace the occasion and much less public participation in the event.

Despite all restrictions and COVID-19 safety protocols, India will show its military might with Rafale fighter jets taking part in the Republic Day flypast for the first time and the armed forces showcasing T-90 tanks, the Samvijay electronic warfare system, Sukhoi-30 MKI fighter jets, among others.

According to a Defence Ministry statement, a total of 32 tableaus -- 17 from states and union territories, six from the Defence ministry and nine from other Union ministries and paramilitary forces -- depicting the nation's rich cultural heritage, economic progress and defence prowess will roll down the Rajpath at the Republic Day Parade.

Republic Day 2021: Importance of the day, why it is celebrated and other interesting facts