The protests entered into the eighth day on Thursday (December 3, 2020), forcing the authorities to shut down several routes. 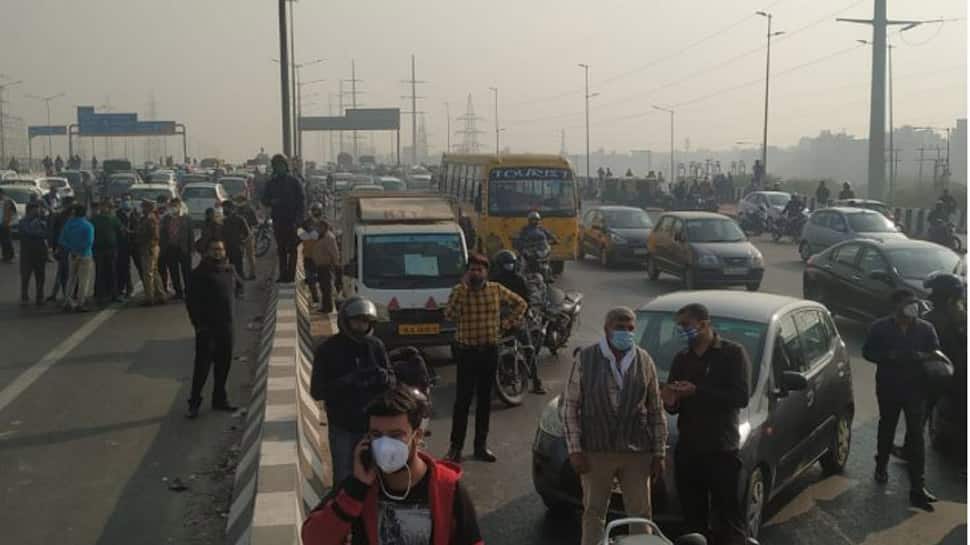 The traffic across Delhi, Noida, Gurugram and other adjoining areas has been badly hit in the last week due to the massive farmers' protests against the new farm laws.

The protests entered into the eighth day on Thursday (December 3, 2020), forcing the authorities to shut down several routes.

Here are the routes that have been advised by the Noida Traffic Police:

2. Commuters using Noida-Greater Noida expressway to enter Delhi, Ghaziabad or Noida should use the Mahamaya flyover, Filmcity flyover or the DND.

4. Jharoda Border, Jhatikra Border are closed for any traffic movement.

5. Badusarai Border is open only for two wheeler traffic

7. Singhu border is still closed from both sides.

Meanwhile, the fourth and most crucial round of talks between the representatives of protesting farmers and the Centre is scheduled to be held today (December 3, 2020) over the agriculture laws.

The meeting between the farmers from Punjab and Haryana and the government is scheduled to take place at 12 noon in Delhi's Vigyan Bhawan. As many as 35 leaders of different farmer organizations will reach Vigyan Bhavan.

The reason behind the widespread protests is these three new laws - The Farmers` Produce Trade and Commerce (Promotion and Facilitation) Act, 2020, The Farmers (Empowerment and Protection) Agreement on Price Assurance and Farm Services Act, 2020, and The Essential Commodities (Amendment) Act, 2020.