Farmers to march to UP's Lakhimpur in protest on October 12, will hold 'Mahapanchayat' on October 18

The Samyukt Kisan Morcha called for all farmers to convene at Lakhimpur Kheri district in protest against the violence that took place there in which eight people were killed. 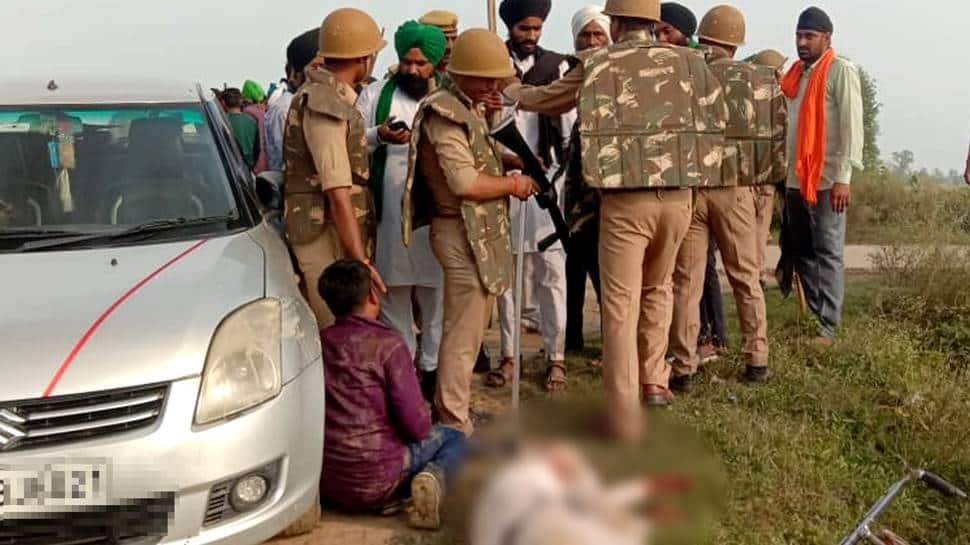 New Delhi: The Samyukt Kisan Morcha (SKM) called for all farmers to convene at Lakhimpur Kheri district of Uttar Pradesh in protest of the violence that took place on October 3 in which eight people were killed including four farmers.

SKM, the umbrella body of several farmer unions, said that October 12 will be celebrated as 'Shaheed Kisan Diwas' across the country. The organisational body also urged farmer organisations to organise special prayer meetings or tribute meetings for the farmers.

"Farmers from across the country will reach Lakhimpur Kheri on October 12... what happened there was no less than the Jallianwala Bagh and we request all civic organisations to take out candle marches in their cities at 8 pm (on October 12)," Swaraj India chief Yogendra Yadav said.

The farmers have been demanding that the Union Home Minister Ajay Mishra be sacked and his son Ashish, who has been named as an accused, been arrested.

Uttar Pradesh Chief Minister Yogi Adityanath said his government will not 'bow to pressure'. “Everyone is equal before the law and according to the Supreme Court, no one can be arrested without evidence, and investigation is underway. FIR has been lodged against a written complaint and no one will be spared,” news agency PTI quoted him as saying.

The CM at a conclave organised by a private news channel, said that no arrest will be made without evidence in the Lakhimpur Kheri violence.