Fight for democracy but not among ourselves: Rahul Gandhi’s message for G23 leaders at CWC meet

In an unveiled attack at G23 members, Rahul Gandhi said people trying to “weaken the party” should think about what Congress stands for. 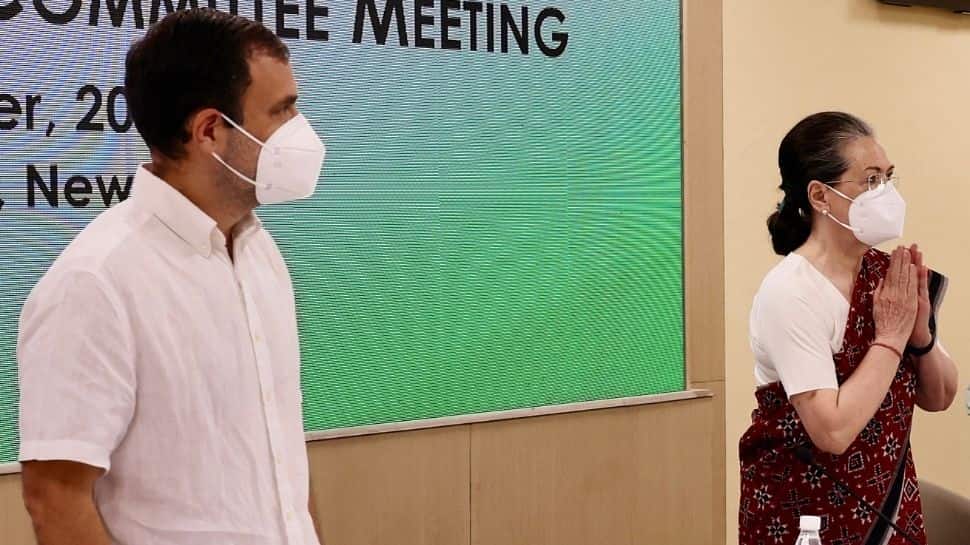 New Delhi: Congress MP Rahul Gandhi on Saturday (October 16) urged the party members to “fight for their rights and save democracy and not fight among themselves.”

The remarks were made at a key Congress Working Committee (CWC) meeting held at All India Congress Committee (AICC) headquarters in New Delhi. The former Congress President also said that people expect a united Congress which should "fight for the sustenance of democracy" and work for the rights of disadvantaged communities.

"The people expect the Congress to get up and fight for them instead of fighting amongst themselves. It does not matter who holds what post, people are only interested in seeing a united Congress party which should fight for the sustenance of democracy, honour of the Constitution, and the rights of the deprived and the disadvantaged classes," PTI quoted Rahul Gandhi as saying.

In an unveiled attack at G23 members including Ghulam Nabi Azad and Kapil Sibal, Gandhi said people trying to “weaken the party” should think about what Congress stands for. "We need to fight injustice, inequality, division and discrimination in society irrespective of religion, caste, colour or background that the persons belongs to. This is what the Congress is all about and this is what the people expect the Congress to be. Those who are trying to weaken the Congress must also think about it," he added.

After political turmoil in Punjab Congress broke out last month, Kapil Sibal had said G23 leaders' grouping is "not a Jee Huzur 23" and questioned who in the party was taking decisions in the absence of a "full-time president".  Gulam Nabi Azad, also a G-23 member, had written a letter to Congress interim president Sonia Gandhi to convene an urgent CWC meet.

Further, in a strong attack at BJP, Rahul Gandhi said the saffron party believes they are the rulers and the entire community needs to be ruled by them as people are incapable of differentiating between good and bad. He called this a “death knell for democracy, an anathema to the Constitution and derogation of BR Ambedkar's principle and the negation of Mahatma Gandhi, Jawaharlal Nehru and Sardar Vallabhbhai Patel's India”.

Meanwhile, in the CWC meet, the Congress decided to hold the election of the new party president between August 21 and September 20, 2022, party general secretary (organisation) K C Venugopal informed at a press conference.

Uddhav Thackeray-led MVA is most corrupt govt ever in history of Maharashtra: BJP leader Devendra Fadnavis