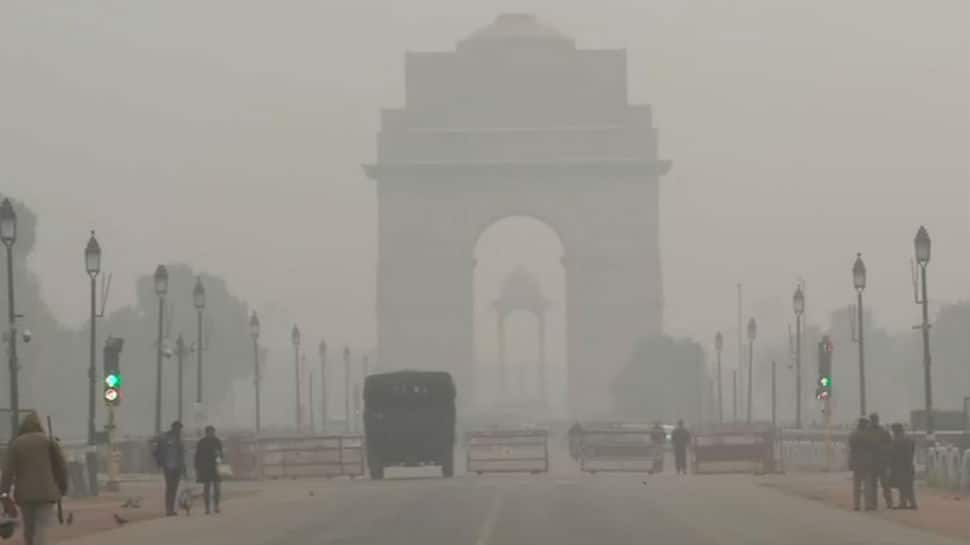 New Delhi: Thick morning fog shrouded Delhi early on Saturday but the air quality improved marginally due to an increase in the wind speed and light showers. The pollution level of the national capital is under 'poor' as of now overall Air Quality Index (AQI) at 280. Major pollutants PM10 and PM 2.5 were at 108 and 70, respectively.

Delhi: A layer of fog covers the national capital, temperature drops as the winter intensifies in the city. pic.twitter.com/hPTqUWgHMQ

Meanwhile, Noida and Gurugram witnessed 'very poor' air quality. In Noida, the AQI was 312 and in Gurugram, it was recorded at 330.

"The rainfall associated with western disturbance has contributed to this quick recovery through wet deposition (washing out) process. The SAFAR model suggests AQI is likely to stay at the poor to the moderate category on December 14. On December 15 AQI may marginally deteriorate but will remain in the poor to the lower end of the very poor category," System of Air Quality and Weather Forecasting And Research (SAFAR) said in its advisory.

The temperature of the national capital will oscillate between 10 degrees Celsius and 19 degrees Celsius on Saturday. The smog will continue to persist during the early morning and late evenings for the next couple of days.

According to Skymet weather, isolated rains might occur over the northern districts of Punjab, Haryana and West Uttar Pradesh.