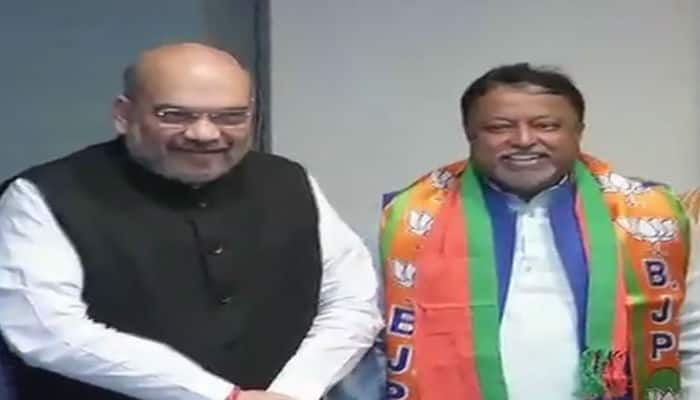 Ending all speculations, former Trinamool Congress MP Mukul Roy on Friday joined the Bharatiya Janata Party. Once considered as one of the closest aides of West Bengal Chief Minister Mamata Banerjee, Roy had hit out at the party while tendering his resignation as a Rajya Sabha member.

Roy had said: "A party should have certain principles. Sometimes Trinamool Congress is with the BJP, sometimes they are with the Congress. We were very much a part of the NDA government once and joined hands with the BJP. Now the party thinks that the country cannot go ahead without the Congress. These things compelled me to leave the party with a heavy heart."

TMC has been accusing him of hobnobbing with the BJP. Roy had met several BJP heavyweights including Union Finance Minister Arun Jaitley and its National General Secretary and West Bengal in charge Kailash Vijayvargiya in the past few days.

He was suspended from the TMC for six years for "anti-party activities". The party has repeatedly said that his role in connection with the Saradha, Narada and Alchemist scams should be investigated.

The Narada scam refers to a sting operation in which TMC leaders were allegedly caught on camera accepting money, while the Saradha and Alchemist scams are chit fund frauds.

Reacting to the allegations, Roy had said that he will fully cooperate with the CBI and the ED. "Whenever they call me for questioning I will appear before them," he had said.

Case registered against Kamal Haasan for his 'Hindu terror' remark