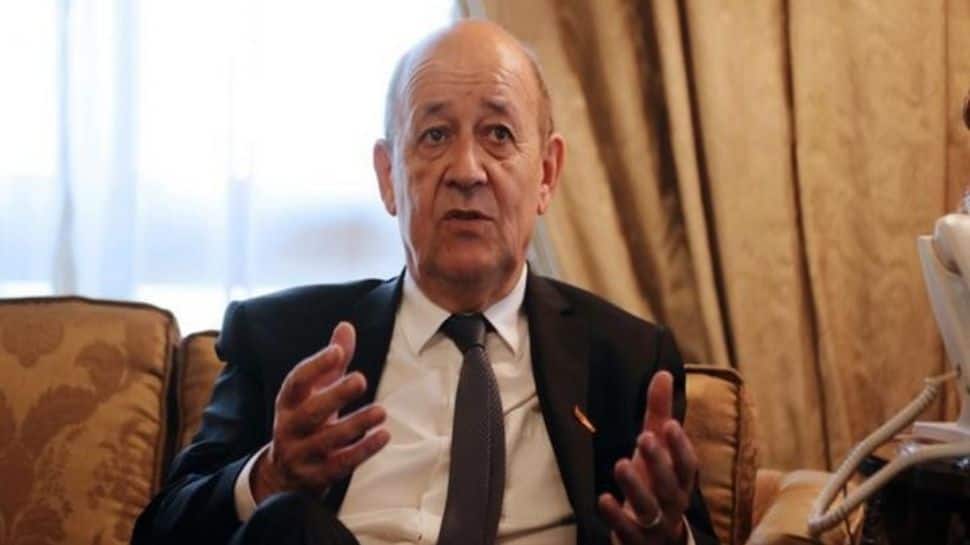 The French minister would be in India for a four-day visit during which he would be meeting External Affairs Minister S Jaishankar and would be expected to call on Prime Minister Narendra Modi as well.

"During his stay in New Delhi, Mr. Le Drian will hold talks with Minister of External Affairs, S Jaishankar on April 13, 2021, on bilateral, regional and international issues of mutual interest. He will also meet the Minister of Environment, Forest and Climate Change, Prakash Javadekar at a panel discussion on Climate Change," according to a statement from the Ministry of External Affairs.

It will be the first high-level physical interaction between India and France since the outbreak of the COVID19 pandemic.

As per ANI reports, Indo-Pacific will be the key focus of discussions between the two ministers and Minister Drian is set to announce France joining the Indo-Pacific Oceans initiative launched by PM Modi.

Sources further said that France will push for the EU Indo-Pacific strategy during the talks. India and France will discuss joint initiatives that have come to fruition including the new trilateral with Australia. The trilateral panel is also part of Raisina dialogue.

The multi-lateral maritime exercise La Perouse involving navies of India, France, Japan and the US ended last week. The bilateral Varuna exercise involving a French aircraft carrier will be held in two weeks.

According to diplomatic sources, another priority during the talks will be leveraging the exceptional bilateral relationship to tackle the main challenges of 2021 like defending multilateralism (with India in UNSC), universal access to vaccines and boosting global action on climate.

Sources said the French Minister will take up the climate issue during his meeting with PM Modi and Environment Minister Prakash Javadekar. They said the visiting minister will also be taking forward civilian nuclear cooperation and he is expected to make announcements on new joint endeavours during his visit to the ISRO centre in Bengaluru and also start a dialogue on emerging security challenges in space.

The French Minister and Jaishankar will also discuss the main regional and international issues including Myanmar, Iran and the peace process in Afghanistan.

The visiting leader will also have some segments around youth mobility and cinema cooperation, the main idea being that the two countries should strengthen these human ties against the backdrop of the pandemic that has the opposite effect of creating distances, sources said.

The visit of the French Foreign Minister is taking place at a time when the second wave of COVID-19 is at its peak. The sources said the visit is a reflection of how the leadership of France and India stand together in these difficult times.