Irked by JD(U) leader Prashant Kishor's stand against CAA and NRC, Bihar Chief Minister Nitish Kumar on Tuesday issued a warning to him saying that people can leave the party if they want. 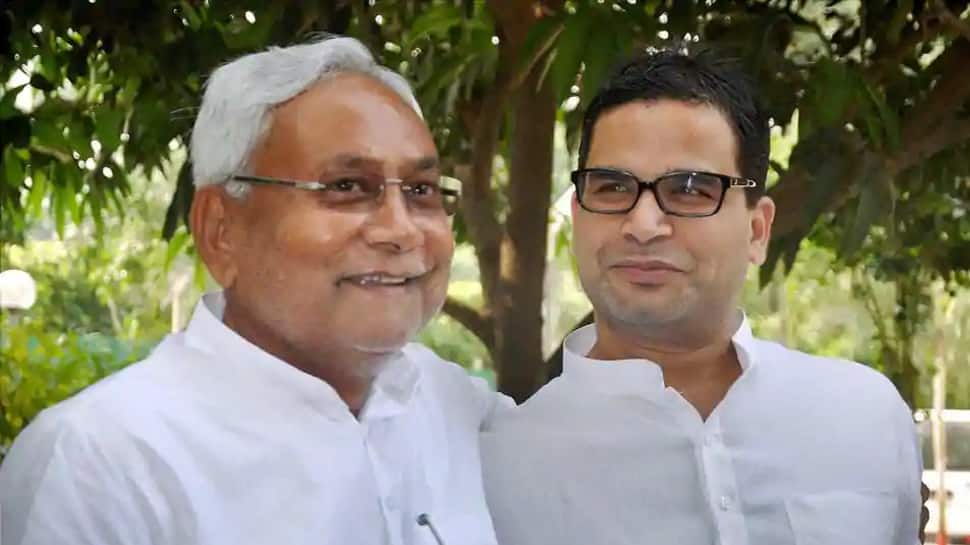 In an apparent effort to distance himself from the anti-Citizenship Amendment Act and National Register of Citizens (NRC) taken by JD(U) vice-president Prashant Kishor, Bihar Chief Minister Nitish Kumar on Tuesday issued a warning to Kishor saying that people can leave the party if they want.

"Someone is tweeting, let him tweet. What do I have to do with that? One can stay in the JDU till one wants...one can also leave if one wants," Kumar said without taking Kishor's name who has been posting tweets against CAA and NRC.

"Already he works as a strategist for various parties, but I'm making one thing clear, if he wants to remain in the party he will have to adopt the basic structure of the party," warned the JD(U) chief.

Kumar also told the media that he inducted Kishor in JD(U) on the advice of Union Home Minister Amit Shah. "Do you know how he joined the party? Amit Shah asked me to induct him," he said.

The Bihar CM made the remarks just a day after Kishor took a dig at Shah for his remark that voters in Delhi should press the lotus button on the EVM so hard that current is felt at Shaheen Bagh, where anti-CAA protests are going on for more than 40 days now.

Kishor posted a tweet targeting Shah, saying that the Delhi voters will press the EVM button with love. “Jolts like this should always be dealt softly so that the social harmony and brotherhood are never disturbed," he tweeted.

It is to be noted that Kishor has been repeatedly questioning the JD)U) leaders over their position on the CAA and NRC has been criticising PM Narendra Modi and Shah for passing the law.