Sonia Gandhi, born on December 9, 1946, is one of the longest-serving chiefs of the Congress party. She had asked party workers to refrain from celebrating her birthday, following CDS Rawat's tragic demise in a chopper crash yesterday (December 8) 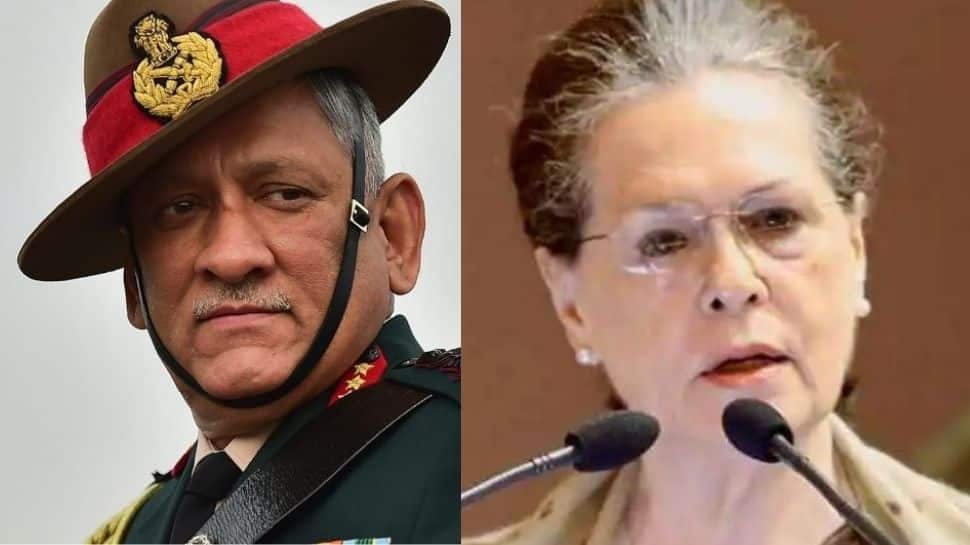 Sonia Gandhi, born on December 9, 1946, is one of the longest-serving chiefs of the party - she has held the post from March 1998 to December 2017, and has been credited with bringing back the party into power in 2004. After stepping down as party chief in December 2017 in favour of her son and party Vice President Rahul Gandhi, she was appointed interim chief in August 2019 after he resigned following the party's debacle in the 2019 general elections.

According to the sources, the preparations were on to celebrate the birthday in the Congress headquarters, but those were stopped following Sonia's appeal.

Gen Bipin Rawat, Chief of Defence Staff (CDS) was on a visit to Defence Services Staff College, Wellington (Nilgiri Hills) to address the faculty and student officers of the Staff Course on December 8. General Rawat had taken off from Sulur Airbase for Wellington and was accompanied by his wife Madhulika Rawat, his DA Brigadier LS Lidder, SO Lieutenant Colonel Harjinder Singh, among other defence officials. "Around noon today, an IAF Mi 17 V5 helicopter with a crew of 4 members carrying the CDS and 9 other passengers met with a tragic accident near Coonoor, TN," the Indian Air Force said in a tweet. Group Captain Varun Singh, SC, Directing Staff at DSSC, the sole survivor of the crash, is undergoing treatment for his injuries at Military Hospital in Wellington.