Remembering George Fernandes: It was during his tenure as the Defence Minister that India witnessed the Kargil War and Pokhran nuclear tests. 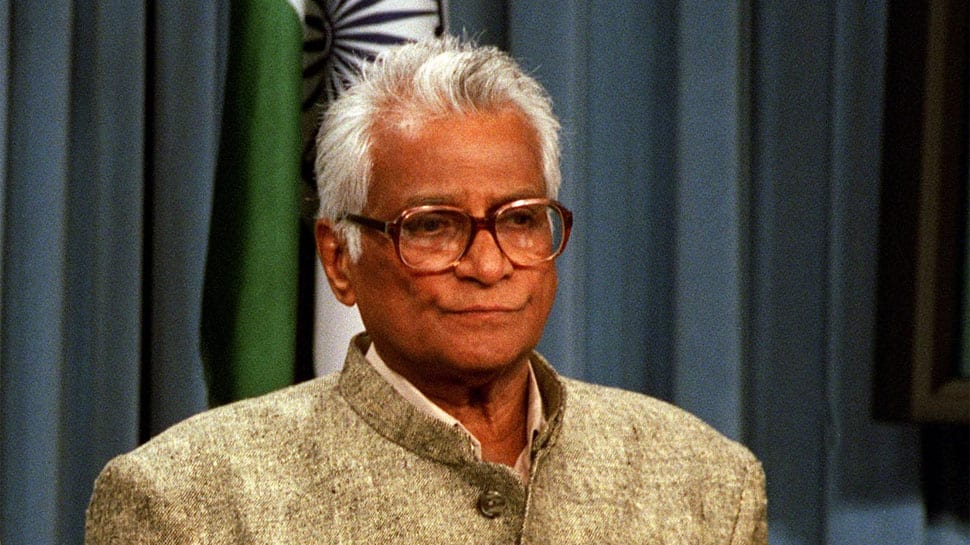 Veteran politician and the former Defence Minister of India George Fernandes died in Delhi on Tuesday morning after a prolonged illness. He was 88.

It was during his tenure as the Defence Minister that India witnessed the 1999 Kargil War and also conducted the five nuclear tests at Pokhran.

Born on June 3, 1930, to a Mangalorean Catholic family, Fernandes was the eldest of six siblings. After completing his Class 10, he decided to quit studying and become a priest. At age 16, he went to St Peter's Seminary in Bangalore to be trained as a Roman Catholic priest. Frustrated at the divisions within the Church, he left within three years.

His first tryst with socialism was at age 19 when he joined the socialist trade union movement. Soon, he organised a movement for the rights of workers in the road transport industry, hotels and restaurants in Mangalore, which led to several stints in the prison. This thrust him into the public sphere early on and he successfully contested Bombay Municipal Corporation elections from 1961 and 1968.

In 1967, Fernandes contested the Lok Sabha elections from the Bombay South constituency after being offered a ticket by the Samyukta Socialist Party. Against him, stood Congress heavyweight and seasoned politician Sadashiv Kanoji Patil. Fernandes crushed Patil in the polls by a huge margin, which soon earned him the "George the Giantkiller" nickname.

In 1974, as the President of the All India Railwaymen's Federation, he organised the mammoth All India Railway strike of 1974, bringing the entire nation to a halt. The 20-day strike by 17 lakh workers is reportedly the largest recorded industrial action in the world. Employees were demanding an eight-hour shift, better pay and improved standard of living. However, Indira Gandhi-led government brutally oppressed the strike at the time and put several persons, including Fernandes, behind the bar.

A year later, Gandhi declared the state of Emergency in India, suspending all fundamental rights of citizens.

Fernandes, along with few other political leaders, were among the first to oppose the Emergency. Soon, a warrant was issued against his name and he went underground to escape arrest and prosecution.
To topple the autocratic government, Fernandes soon hatched the infamous Baroda dynamite plan which aimed to blow up government establishments and areas around the venue of Gandhi's public meetings. On June 10, 1976, Fernandes was finally arrested in Calcutta on charges of smuggling dynamite to blow up government establishments in protest against the imposition of emergency.

From behind the bars, Fernandes fought the 1977 Lok Sabha election from Muzaffarpur in Bihar. He swept the poll and was later released after the Janata Party coalition came into power.

Fernandes has held several ministerial portfolios including communications, industry, railways, and defence. He's credited to be one of the driving forces behind the Konkan Railway project, connecting Mangalore with Bombay. He also ordered American multinationals IBM and Coca-Cola to leave the country over investment violations.

In his later tenures as the Defence Minister from 1998 to 2001 and 2001 to 2004, he oversaw the 1999 Kargil war between India and Pakistan, and the five nuclear tests at the Pokharan range in Rajasthan.