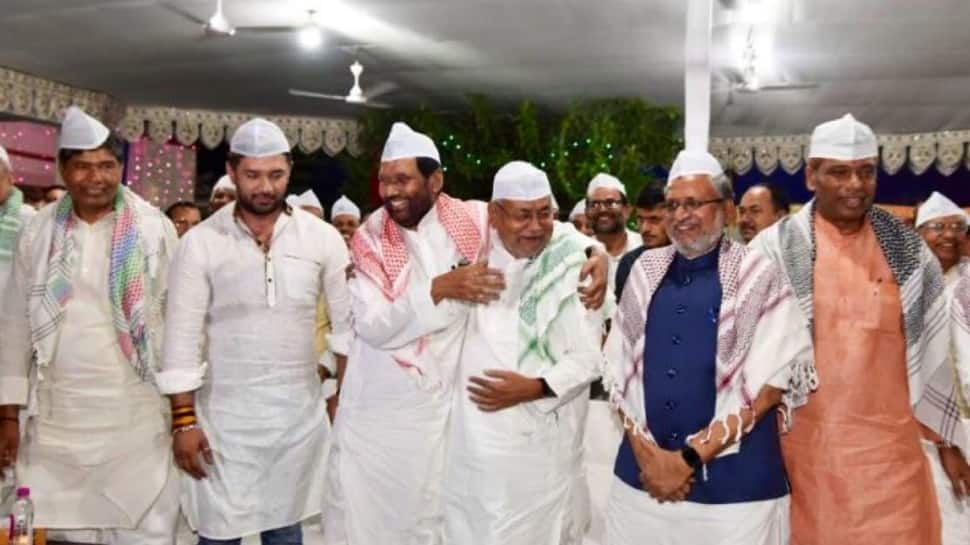 The political spat began with a tweet by Union minister and BJP leader Giriraj Singh, who shared some photographs from the event on microblogging site Twitter, saying it would have been “beautiful” had the pictures been of Navratri and not an Iftar party.

The BJP leader questioned as to why leaders lag behind in their own religion and instead indulge in “pomp and show”.

Hitting back at Giriraj Singh, JDU spokesperson Neeraj Kumar defended Nitish Kumar for attending the event, saying that the country runs as per the provisions of the Constitution, which gives the right to follow and practice all religions.

“The country is governed by the provisions of Constitution, and it provides equal right to follow and practice any religion or caste. Bihar is the first state which gives equal respect to everyone. Real citizens are those who follow the Constitution,” said Neeraj Kumar.

JDU MLC Gulam Rasool also targeted Giriraj Singh, saying the BJP leader liked every photograph of the Bihar Chief Minister before the Lok Sabha election, but is not feeling the same way after the polls.

He further said, “People of Bihar trust just one face – Nitish Kumar. Victory in Bihar is because of the brotherhood promoted by Nitish Kumar. If someone forcibly takes the credit for the win, what can we do?”

The Rashtriya Janata Dal (RJD) also backed Nitish Kumar over the issue. Senior RJD leader Shivanand Tiwari took a dig at Giriraj Singh, saying the latter had been made a minister by Prime Minister Narendra Modi for “this purpose only”.

“It is not mandatory that Nitish does the same work that BJP wants. Different thought process than BJP leaders makes Nitish different,” he said.