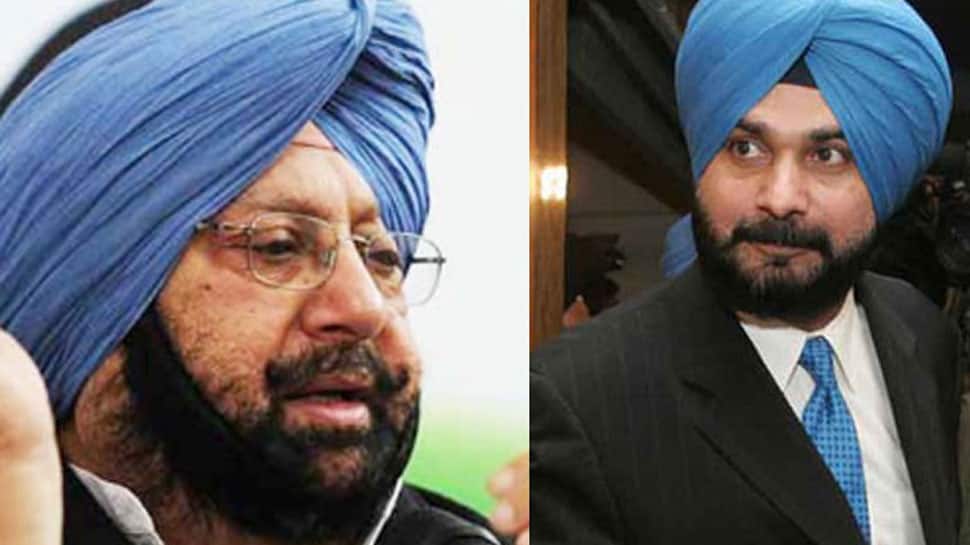 Chandigarh: Facing flak from not just political rivals but several fellow Punjab ministers as well, Navjot Singh Sidhu is likely to grab the unwanted spotlight during the state government's cabinet meeting on Monday.

While it is not certain if Sidhu would be present for the meeting as he has been campaigning in election-bound states for Congress, his recent comments that Rahul Gandhi is the captain of captains - an apparent remark on Punjab CM Captain Amarinder Singh, has irked many of his fellow ministers. Now, there are strong indications that several of these ministers could raise the matter with Amarinder during the course of the meeting.

(If Sidhu contests elections in Pak, he would win: Imran Khan)

The controversial remark from Sidhu came shortly after his return from Pakistan where he had been part of the foundation-stone-laying ceremony for the Kartarpur corridor. Already facing backlash for what was his second visit to the country, what made matters worse for the former cricketer were photos of him with pro-Khalistan activist Gopal Singh Chawla. While Sidhu defended himself by saying he had no idea who Chawla was and that thousands of photos were clicked of him during the visit, political rivals have bared fangs. Some even questioned Sidhu for visiting Pakistan while Amarinder had said that he had expressed his reservations about the invite from across the border.

To defend himself, Sidhu had said that the Congress president had asked him to go. "At least 20 Congress leaders asked me to go, Central leadership asked me to go. Punjab Chief Minister is like my father, I told him that I had already promised them (Pakistan) that I will go," he had told news agency ANI. "My captain is Rahul Gandhi. Captain`s captain is also Rahul Gandhi."

This added fuel to the proverbial fire with even Punjab ministers expressing their displeasure. "If he does not consider Captain Amarinder as his captain, then he should resign on moral grounds from the cabinet and do whatever work is assigned to him by Rahul Gandhi," Punjab Minister Tript Rajinder Singh Bajwa said. (Read report here)

While Sidhu has since done an about-turn, his wife Navjot Kaur Sidhu has said his comments were twisted.

With rivals maintaining pressure and even fellow ministers apparently unhappy with Sidhu, Wednesday's cabinet meeting could be charged up - with or without Sidhu's presence.