The Philippines President once again made a controversial remark when he threatened citizens refusing to get COVID jabs to “go to India if you want or somewhere, to America." 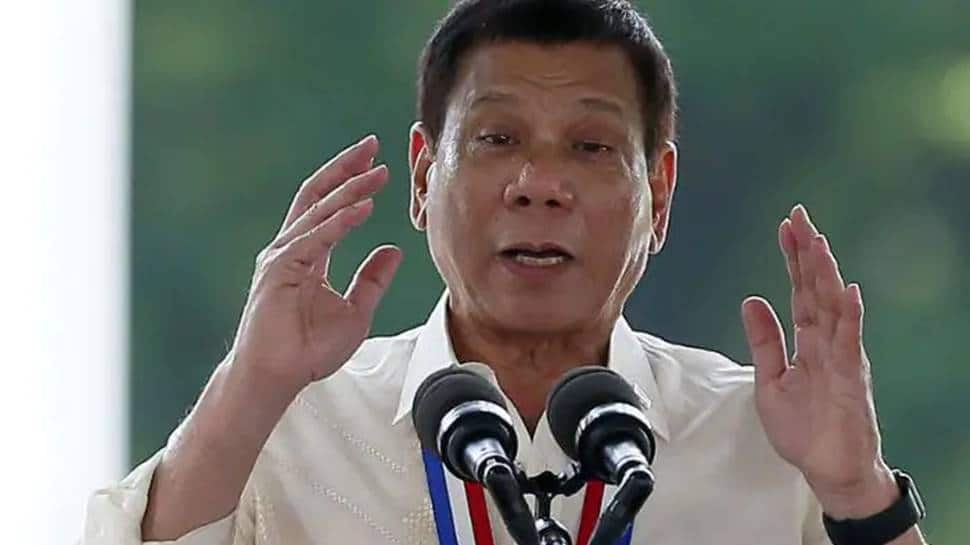 New Delhi: The Philippines President Rodrigo Duterte once again courted controversy when he threatened citizens who refuse to get vaccinated telling them to “go to India if you want or somewhere, to America."

In a pre-recorded televised public address, he voiced his exasperation at people not plying with COIVD rules and not taking COVID-19 vaccines. "...If you won’t get vaccinated, leave the Philippines. Go to India or somewhere — to America. But as long as you are here and you are a human being that can carry the virus, get yourself vaccinated,” the Inquirer.Net quoted him as saying.

"Don`t get me wrong, there is a crisis in this country. I`m just exasperated by Filipinos not heeding the government," Duterte said.

Further, Duterte threatened citizens who refuse the vaccines to be injected with a dose of ivermectin, an anti-parasite drug used to treat animals.

"... I will order all the village captains to have a tally of the people who refuse to be vaccinated. Because if not, I will have Ivermectin meant for pigs injected into you."

The Philippines' Department of Health (DOH) reported that the country registered 4,353 new COVID-19 cases on Wednesday. The total number of confirmed cases in the Philippines is 1,372,232, according to news agency ANI.