Parrikar, who met State Town and Country Planning Minister Vijai Sardesai in the evening to discuss politics and administration, was shifted to GMCH on Saturday evening. 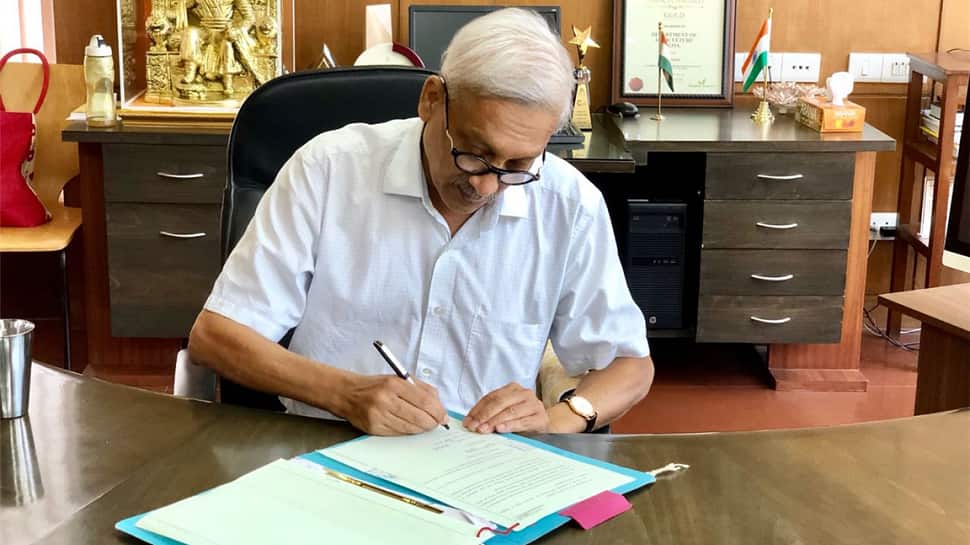 PANAJI: The condition of ailing Goa Chief Minister Manohar Parrikar is stable and he is under observation of doctors at a hospital here, an official in the Chief Minister's Office (CMO) said on Sunday.

The 63-year-old senior BJP leader, suffering from a pancreatic ailment since the last one year and recuperating at his private residence at Dona Paula near here, was admitted to the Goa Medical College and Hospital (GMCH) late Saturday night.

Parrikar, who met State Town and Country Planning Minister Vijai Sardesai in the evening to discuss politics and administration, was shifted to GMCH, almost four km from his residence, around 10 pm.

"The chief minister was under observation during the night. He is stable. Doctors will decide when he will be discharged from GMCH," the CMO official said.

The CMO in a statement released here on Saturday said Parrikar was taken to GMCH for upper GI endoscopy (gastrointestinal examination).

"His health condition continues to be stable," it said, adding he would be kept under observation for around 48 hours.

Health Minister Vishwajit Rane had gone to GMCH late Saturday night to enquire about Parrikar's health condition. He later said the chief minister was kept in an isolated ward and that his condition was stable and he was doing well.

Parrikar had fallen ill on February 14, 2018 and was shifted to GMCH, from where he was taken to Lilavati Hospital in Mumbai the next day.

He then attended monsoon session of the Assembly from July 19 to August 3, and left for the US again on August 10 for a second round of check-up.

Parrikar stunned everyone when he resumed his office on January 2, 2019 after a gap of two-and-a-half months. On January 27, he attended the inauguration of third bridge on the Mandovi river here along with Union minister Nitin Gadkari. He also attended the Budget session on January 29 and presented the state budget next day.

On the last day of the session on January 31, he was taken for treatment to AIIMS in Delhi and he returned to Goa on February 5. Parrikar also addressed Atal Booth Karyakarta Sammelan on February 9 in the presence of BJP chief Amit Shah.