In the doodle, the froggy is seen wearing a party hat in a city space, next to its pigeon friend celebrating the New Year's Eve 2020. The doodle published on December 31 is made by doodler Sophie Diao. 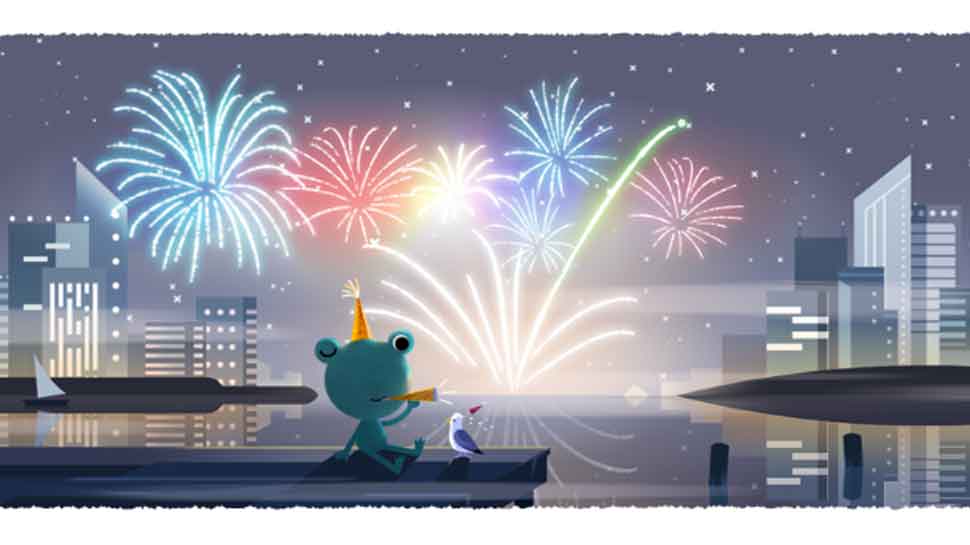 Google marks New Year’s Eve 2019 with a specially created doodle featuring Froggy the weather frog and fireworks in the background. The frog is familiar to people as it always pops up in google's weather forecast. In the doodle, the froggy is wearing a party hat in a city space, next to its pigeon friend celebrating the New Year's Eve 2020. The doodle published on December 31 is made by doodler Sophie Diao.

Google in its doodle blog shared a message writing ''Today’s Doodle features Froggy the weather frog to help ring in 2020! You may have seen Froggy before while looking up the weather in Google Search on your mobile device. Froggy is gearing up for New Year's celebrations in any weather. He says he’s most excited about it being a Leap Year. The 2020s are sure to be ribbitting. ''

Google the message with new year greeting saying, ''Once the clock strikes midnight, the new decade begins! Time sure is fun when you’re having flies… Ready to jump in? Hoppy New Year’s Eve!''

The search engine giants never fail to mark an occasion, birthdays or anniversaries with its special doodle as recently it created a colourful and bright doodle during the occassion of Christmas. On December 24, Google released a new doodle titled 'Happy Holidays 2019. Google said said  'No matter how you choose to celebrate, ‘tis the season to enjoy the holiday festivities during the most wonderful time of the year!-Happy holidays!'

The New Year’s Eve is the last day of a calendar year. People around the globe celebrate this day as they get into the new year. There are people gathering observed at several places where they eat, dance, drink and light fireworks.