Union Agriculture Minister Narendra Singh Tomar on Monday said that the government has given the best offer to farmers' unions and that he's hopeful that they will convey their decision to the Centre after discussing it among themselves. "Once they communicate, we will take it forward," Tomar said. 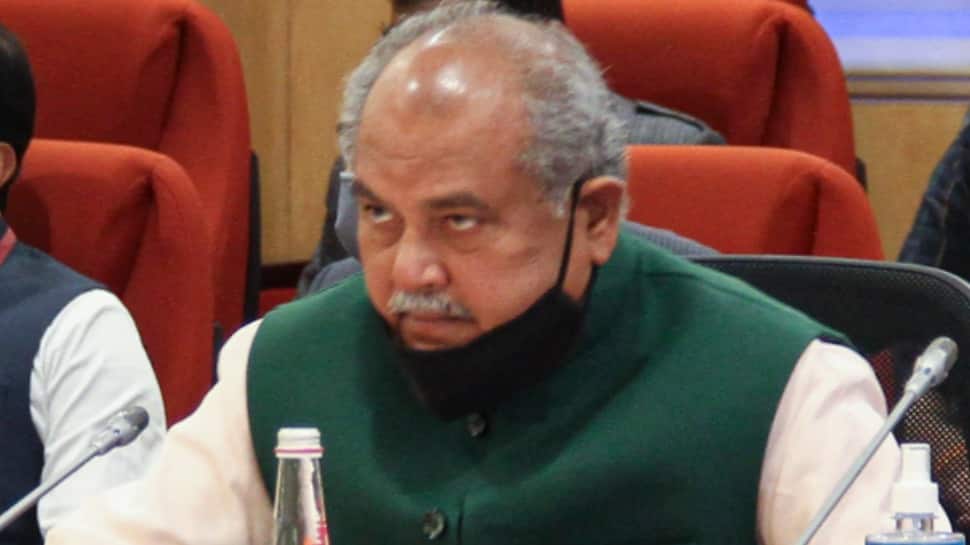 New Delhi: Union Agriculture Minister Narendra Singh Tomar on Monday (January 25, 2021) said that the Centre has given the best offer to the protesting farmers and said that he is hopeful that the unions will reconsider it.

"The government has given the best offer to farmers' unions. I am hopeful that they will convey their decision to us after discussing it among themselves. Once they communicate, we will take it forward," Tomar told PTI news agency.

This comes following the government's proposal to suspend new farm laws for 1-1.5 years.

The Centre and the representatives of the protesting farmer unions have so far had eleven round of talks that have remained inconclusive.

They last met on January 22, when the government told the unions that all possible options have been given to them, and they must discuss internally the proposal of suspending laws.

During the 11th round of discussion, the government had asked unions to reconsider the proposal and convey their final decision.

Narendra Singh Tomar had also indicated that there won't be further talks but he would be ready to meet for farmers' final decision on the offer made by the government.

Meanwhile, the Supreme Court-appointed committee on farm laws is scheduled to hold its second round of consultations with farmers and agricultural organisations on January 27.