In the 2014 Lok Sabha polls as well, women were said to have played an important role in the BJP’s stupendous victory and the party has never been shy of flaunting its work towards empowering the women. 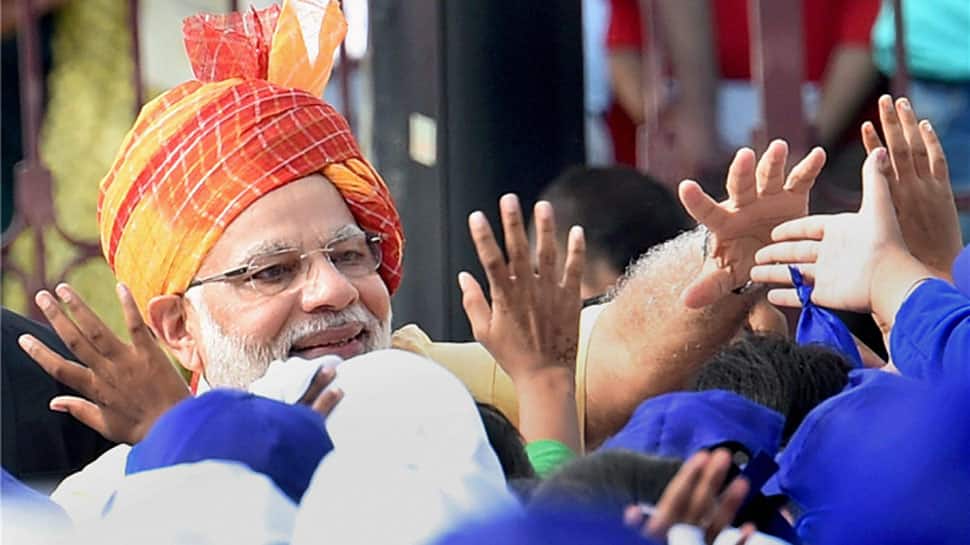 NEW DELHI: Prime Minister Narendra Modi on Friday will talk to 5,500 block level workers of Gujarat BJP Mahila Morcha to strengthen the party's reach among women, ahead of the upcoming assembly elections.

The move comes at a time when caste is ringing louder in Assembly election campaign of Gujarat and BJP’s rival Congress has sewn up an umbrella alliance with various caste and tribe leaders from among the OBC, Dalit, tribal and assertive Patel community.

In the 2014 Lok Sabha polls as well, women were said to have played an important role in the BJP’s stupendous victory and the party has never been shy of flaunting its work towards empowering the women.

Ironically, both the Congress and the BJP have together fielded only 21 candidates in the Assembly polls this time. Of the 977 candidates contesting for the first phase of polls, only 57 are women.

BJP general secretary in-charge for Gujarat Bupendra Yadav said that PM Modi will interact with 5,500 block level workers of BJP Mahila Morcha in the state between 4.30 to 5 PM after they complete download of NaMo App by 4.30 on December 1.

“The Prime Minister will hold a direct dialogue with them,” Yadav said. A party source said that PM Modi could also some of the questions during what is supposed to be a live video call.

The BJP has been highlighting its contributions like PM Modi naming Anandiben Patel, a woman as Chief Minister of Gujrat when he demitted office after 2014 Lok Sabha polls to become Prime Minister.

Sumitra Mahajan becoming the Lok Sabha Speaker and Modi government giving two top portfolios in the South Bloc—External Affairs Ministry to Sushma Swaraj and Defence Ministry to Nirmala Sitharaman, both of whom are also now members of the coveted Cabinet Committee on Security, are also highlighted by the BJP leaders.

The BJP has also sought to reach out to Muslim women with its repeated assertion of support to the abolition of the practice of triple talaq.

The government has also announced to discuss the issue in upcoming Winter session. During the interaction with BJP Mahila workers, the Prime Minister is expected to do a pep talk and encourage them to reach out to women in larger numbers.

This is the first time in last two decades that BJP is seeing a keen contest in Gujarat.

On October 14, Swaraj interacted with one lakh women from across Gujarat in a Mahila Town Hall programme in Ahmedabad, which was hosted by BJP Gujarat Mahila Morcha via video conferencing as well as in person.

Gujarat Mahila Morcha has also held a large number conferences in the run up to Gujarat polls.

When Rahul Gandhi in October kicked up a controversy with his “women in shorts” not seen in RSS remarks, BJP’s female ministers including Swaraj were in the fore front, dubbing Gandhi's remarks as "insult" to women.

At a rally in Ahmedabad on October 14, Swaraj had reminded Gandhi that BJP had given four women chief ministers and four women governors to the country and that there are six women who were cabinet ministers in the BJP-led government.