Naval Air Squadron 303, the frontline fighter squadron of the Indian Navy, was commissioned on May 11, 2013.

Taking to Twitter, Spokesperson of the Indian Navy wrote, “On the heels of a successful conclusion of Indo-French Naval #ExVARUNA phase 1, wishing the nation's only Carrier-borne Squadron INAS 303 - "The Black Panthers", a very Happy 6th Anniversary. Happy Landings”

Naval Air Squadron 303, the frontline fighter squadron of the Indian Navy, was commissioned on May 11, 2013. The squadron comprises of MiG-29K multi-role carrier-borne fighter aircraft, which is equipped with weapons and sensors to undertake missions in a multi-threat environment. 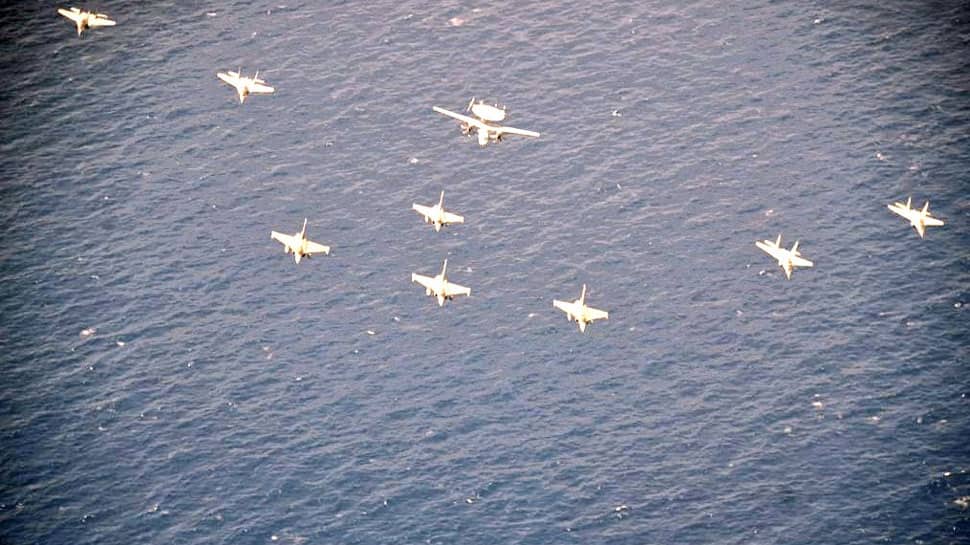 “#KnowYourNavy Indian Naval Air Squadron 303, the frontline fighter squadron of #IndianNavy, was commissioned on 11 May 2013. The squadron comprising MiG-29K multi role carrier borne fighter aircraft has since been an integral part of the fleet air operations. The aircraft is equipped with weapons and sensors to undertake missions in a multi-threat environment. The aircraft has showcased its air power capabilities during various demonstrations, including Republic Day Parade and International Fleet Review, 2016. ‘INAS 303’ has been numbered as per sequential serial number of the Air Squadrons of the Navy. The crest design depicts the face of a ‘Black Panther’ in an aggressive posture over Blue and White sea waves which signifies the courage and agility of a predator on prowl against a Blue background. The squadron is the backbone of Indian Navy’s Air Arm with a role to do the impossible and hence the motto – ‘Asambhav Bhi Sambhav’,” wrote the Indian Navy on FB.

Varuna-19, the biggest Indo-French naval exercise till date, concluded in Goa on Friday.

The Indian Navy and the French Navy have conducted bilateral maritime exercises since May 1993.