Rahul Gandhi also hailed Jyotiraditya Scindia, who has been appointed as the Congress general secretary for western Uttar Pradesh, referring to him as a “very dynamic leader”. 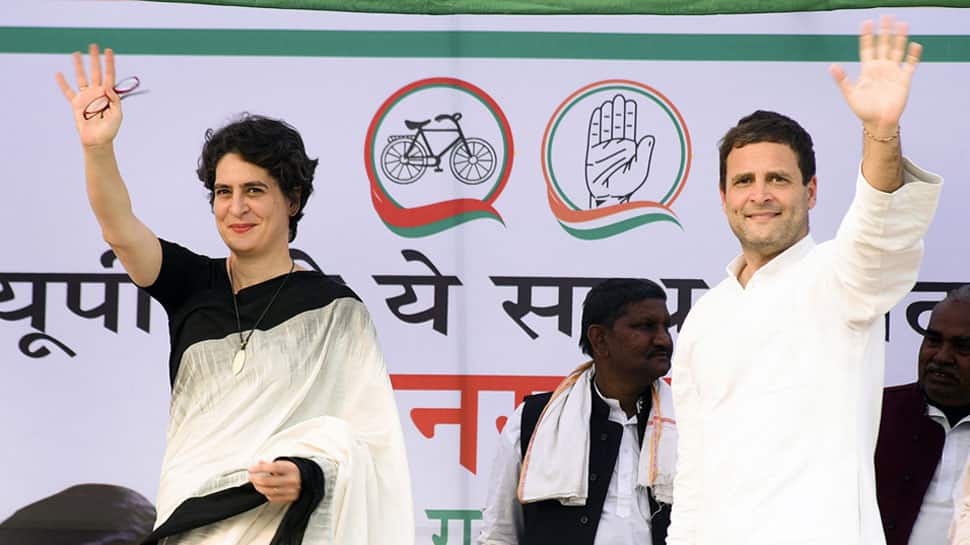 With the debut of Priyanka Gandhi Vadra in politics, her brother and Congress president Rahul Gandhi on Wednesday said that he is personally very happy with the development. Speaking to mediapersons about the appointment of Priyanka Gandhi Vadra as All India Congress Committee general secretary for eastern Uttar Pradesh, the party president said that her sister “is very hard working”.

Rahul Gandhi also hailed Jyotiraditya Scindia, who has been appointed as the Congress general secretary for western Uttar Pradesh, referring to him as a “very dynamic leader”.

The Congress chief also used the occasion to target the Bharatiya Janata Party (BJP), claiming that the ruling party was jittery with the fresh developments in the grand old party.

Priyanka is slated to take charge as the Congress general secretary in the first week of February 2019. Sources also told Zee News that she might be fielded by the Congress party as a candidate from Rae Bareli in Lok Sabha election 2019. Notably, Priyanka’s mother UPA chairperson Sonia Gandhi is the incumbent Member of Parliament from Rae Bareli.

Rahul Gandhi made the remark during his ongoing visit to his Lok Sabha constituency Amethi. When asked about the strategy of the Congress party in the upcoming Lok Sabha election, the party president said, “We won’t play on the backfoot, we will play on the frontfoot, be it Gujarat or Uttar Pradesh.”

“The Congress has basically publicly announced that Rahul Gandhi has failed and needs crutches from within the family. Because of his rejection by grand alliance parties, he has opted for a family alliance,” said Patra.

After 11 years, CISF to showcase tableau at Rajpath on Republic Day