The rescue team has been rushed to the site. 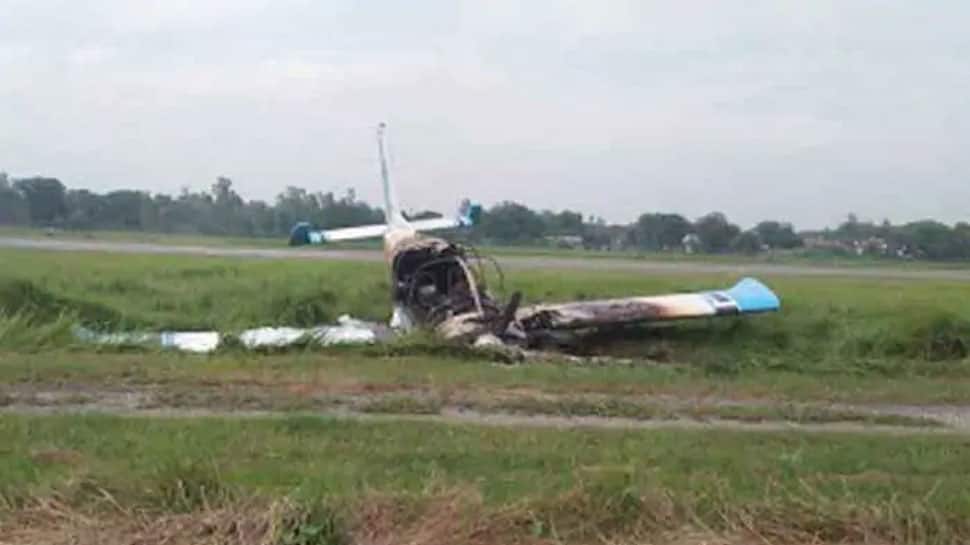 AZAMGARH: A pilot was killed when his four-seater trainer aircraft crashed in Uttar Pradesh's Azamgarh on Monday (September 21). The incident was reported near Kushwapurawa village under Sarai Meer police station in Azamgarh district of the state.

According to the details, the aircraft, used for training pilots, crashed into a field around 11.30 am, they said. Azamgarh SP confirmed the incident and said that the crash was caused due to bad weather. The aircraft broke into several pieces when it crashed on the ground.

The pilot has been identified as Konark Saran.

"The Solo Trainee Aircraft was flown from the International Training Center at Fursatganj, Raebareli, and was to be returned to Mau district. But due to the rains and bad weather in Azamgarh, the link from the center was interrupted and the aircraft lose its control and fell on the ground. The pilot, Konark Saran died in the incident," the Azamgarh SP said.

According to PTI sources, the aircraft belonged to the centre-run flying-training institute Indira Gandhi Rashtriya Udan Akademi (IGRUA), located in Amethi. The Azamgarh police said its personnel and senior officials were at the spot overseeing the rescue and relief operation.

More information about the incident is being gathered.