Arshid Ahmad Mir, a Probation Sub-Inspector, was critically injured in a cowardly attack of terrorists at Khanyar. 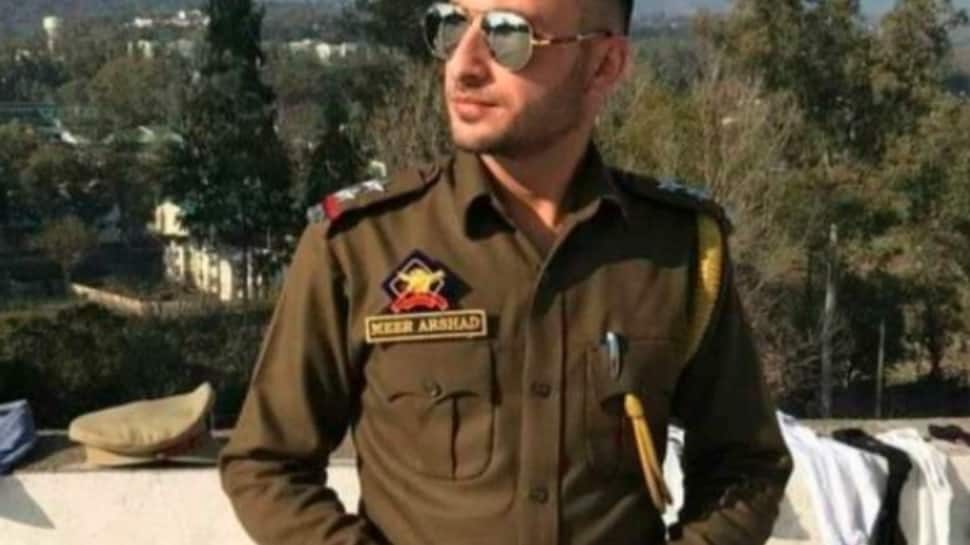 A police officer, Arshid Ahmad Mir, was shot dead from point-blank range by terrorists in Khanyar area of Srinagar city, evoking strong reactions from various quarters in Kashmir. While huge crowds turning up for funerals of militants in the valley had become a norm till 2020, on Sunday, thousands of people participated in the last rites of SI Mir.

As the mortal remains of the young and brave officer reached his home in Kupwara district people were shocked. Everyone mourned his death with women wailing when the body reached the village. Later thousands of people joined the funeral with slogans against terrorists.

According to J&K police, Arshid Ahmad Mir, a Probation Sub-Inspector, was critically injured in a cowardly attack of terrorists at Khanyar. He was shifted to hospital where he succumbed.

DGP J&K Sh Dilbag Singh leads Police,Civil,CAPF officers & relatives in paying floral tributes to Martyr SI Arshid Ahmad Mir at a Wreath laying ceremony at Srinagar.Says every life lost is cause of concern for us
& perpetrators of criminal act would be brought to justice soon. pic.twitter.com/ADPcmhvZko

At his son's funeral, father Mohammad Ashraf Mir had one question for his killer: "I want to know the fault of my son. What wrong he could have done in his two years of service?"

This made all the participants at the burial cry out loud.

People of Kashmir are showing anger against the killing of un armed personal, it is a clear resentment against the militants among the public. No one is happy when an unarmed police man is killed. People are now appreciating the police.

At the funeral of this brave young officer, a strong voice was raised by the Islamic scholars against the barbaric killing. Strong reactions erupted in the valley. The Police chief said we have identified the perpetrators .

"We have lost a brave young officer. He was learning the nuances of policing. It's a very tragic loss for us and his family. We express our deepest condolences. Perpetrators involved in this case have been identified and they will be brought to justice," DGP Dilbagh singh said.

Jammu and Kashmir Lt. Governor Manoj Sinha condemned the attack in strong words and said: "This is a handiwork of enemies of humanity and peace."

Kashmir civil society and netizens expressed grief on this dastardly and brutal attack.

A Netizen from Kashmir wrote on a microblogging site: "The dastardly attack on young, unarmed policeman left another family orphaned and it deserves highest possible condemnation."

Another wrote: "Day in and day out we are losing our gems, this must end, Kashmir must wake up against the terror cycle."

All the regional political parties also expressed grief over the killing of an unarmed police man, J&K Congress termed it inhuman and ghastly attack, while the NC and PDP termed the attack dastardly.

Every one in Kashmir is expressing their deepest sympathies with the bereaved family. Things are changing now this massive turnout at police officer's funeral is reminder of Kashmir's complex reality.

People from all walks of life are now fed up with daily killings in Kashmir. Terrorism has brought endless pain and suffering to the people of Jammu and Kashmir and it must end now, echo voices from all corners.

Terrorists are working as per the agenda of their handlers to keep this place in turmoil and agony. They are responsible for regular innocent killings of locals and attacks on security forces involved in maintaining and strengthening peaceful environment -- This all must stop.