Sonia Gandhi at CWC meet said, "I've always appreciated frankness, no need to speak to me through media; let us all have honest discussion." 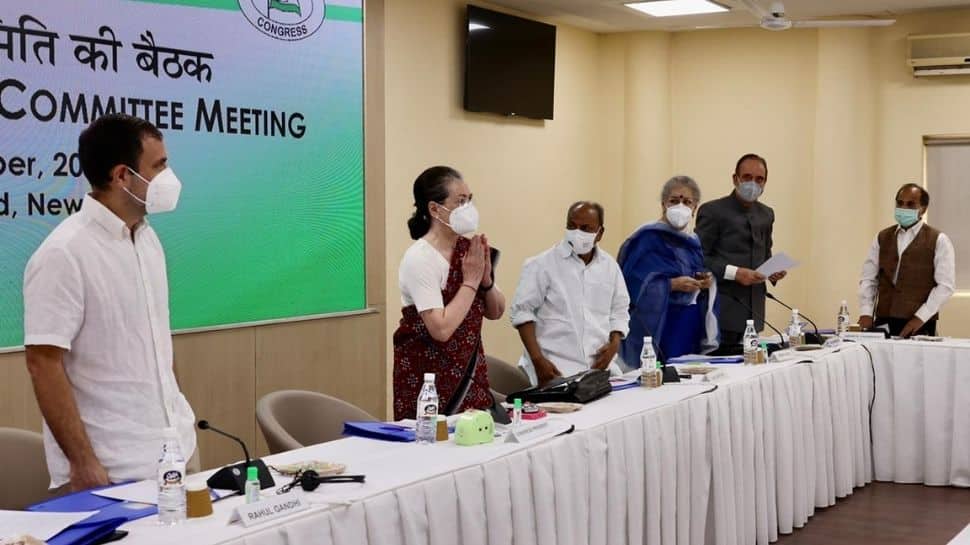 New Delhi: In an apparent dig at her colleague and party leader Kapil Sibal and other G23 members, Sonia Gandhi on Saturday (October 16) asserted she is “a full-time and hands-on Congress President”.

Last month, after political turmoil in Punjab Congress spilled in public, Sibal had attacked Congress high command and said G23 leaders' grouping is "not a Jee Huzur 23". Addressing a press conference, the veteran leader said, “In our party at the moment there is no president. So we don't know who is taking these decisions. We know and yet we don't know.”

During her opening remarks at Congress Working Committee (CWC) meeting held at All India Congress Committee (AICC) headquarters in New Delhi, Sonia Gandhi said, "I am, if you will allow me to say so, a full-time and hands on Congress President.”

She added, "I've always appreciated frankness, no need to speak to me through media; let us all have honest discussion." Gandhi called for a united Congress and said, "We face many challenges but if we are united, focus on party's interests alone, we will do well."

"I am, if you will allow me to say so, a full-time and hands on Congress President....," Sonia Gandhi during her opening remarks at Congress Working Committee meeting pic.twitter.com/SXbtI7prxe

Slamming the Narendra Modi-led central government, Sonia Gandhi said, “Economy continues to be a cause of great concern in spite of govt propaganda to make us believe that it's not. As we all know, only answer Govt seems to have for economic recovery is selling off national assets.”

Taking potshots at BJP, the Congress chief said the saffron party has betrayed its mindset. "The shocking incidents at Lakhimpur-Kheri recently betrays the mindset of BJP, how it perceives Kisan Andolan, how it has been dealing with this determined struggle by Kisans to protect their lives & livelihoods," she was quoted as saying by ANI.

This was the first in-person meeting of the CWC since the COVID-19 outbreak last year. The upcoming assembly polls in five states next year including Uttar Pradesh and Punjab, organisational elections, the current political situation, price rise, farmers' protests and the economic situation of the country were on the agenda.

The meet comes weeks after Gulam Nabi Azad, a G-23 member, had written a letter to Sonia Gandhi to convene an urgent CWC meet.