Only worried about economy: Chidambaram's parting shot before going to Tihar jail

Chidambaram was sent to judicial custody in Tihar jail till September 19. 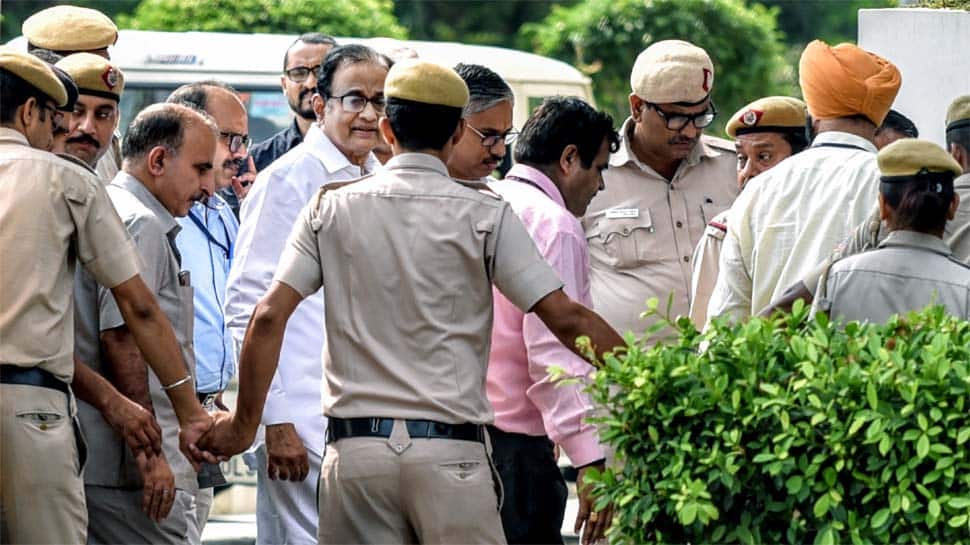 NEW DELHI: While being escorted out by police personnel out of Delhi's Rouse Avenue Court to Tihar Jail, someone asked the former finance minister P Chidambaram: “You want to say something?”

He replied, “I am only worried about the economy.”

In a double jolt, Chidambaram Thursday was sent to judicial custody in Tihar jail till September 19 on the day when the Supreme Court also rejected his plea challenging the Delhi High Court's order to refuse anticipatory bail to him in the INX Media case.

Chidambaram's comment comes amid plunging domestic private consumption demand, a slump in manufacturing, low merchandise exports growth, and overall economic growth falling to a six-year low of 5 per cent in the April-June quarter.

On Tuesday, when Chidambaram's Central Bureau of Investigation custody was extended, the former minister took a similar jibe at the Centre over the current gross domestic product (GDP). "5 per cent. You all know what is 5 per cent," he said in response to a question on GDP.

Minutes after the court pronounced its verdict on Thursday, Chidambaram filed an application before the court seeking direction to ensure safe detention while in judicial custody, medicines and spectacles. The court allowed his application and ordered the authorities to provide separate cell to him with adequate security.