I erase hatred and fear, I love all living beings: Rahul Gandhi to BJP on row over 'party of Muslim' remark

Attacking Rahul for his remarks to an Urdu daily that the Congress was a Muslim party, Prime Minister Narendra Modi had questioned the Gandhi scion and asked if his party is only for Muslims or for women too. 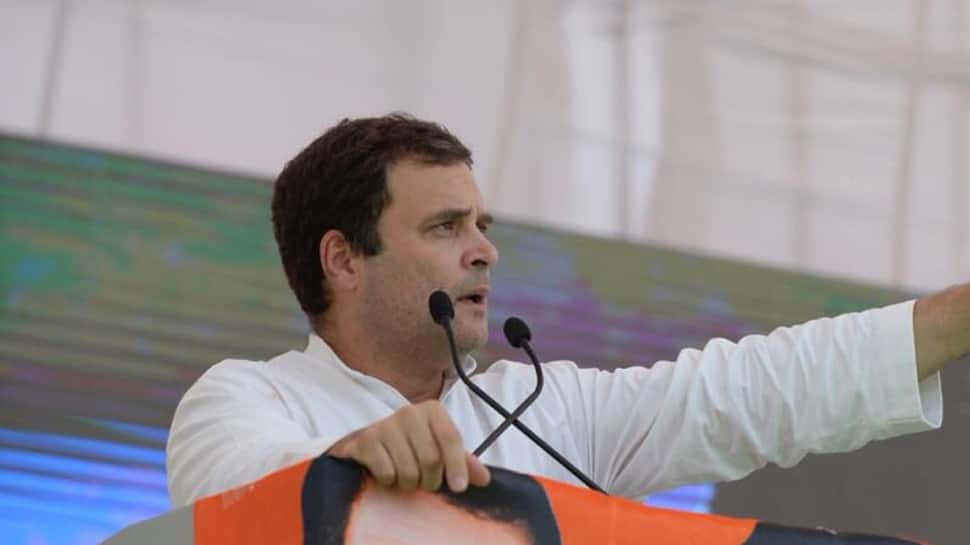 NEW DELHI: Amid the controversy over his alleged remark that the Congress is a 'party of Muslims', party chief Rahul Gandhi said that the religion, caste or beliefs of people matter little to the party. "I stand with the last person in the line. The exploited, marginalised and the persecuted. Their religion, caste or beliefs matter little to me. I seek out those in pain and embrace them. I erase hatred and fear. I love all living beings. I am the Congress," he tweeted on Tuesday.

Attacking Rahul for his remarks to an Urdu daily that the Congress was a Muslim party, Prime Minister Narendra Modi had asked the Gandhi scion if his party is only for Muslims or for women too. "I have read in the newspaper that Congress President has said that Congress is a party of Muslims, I am not surprised by this. All I want to ask is, is their party only for Muslim men or for women too? These people violate laws and attend Parliament sessions," the PM had said during a rally.

The Bharatiya Janata Party (BJP) had also questioned Rahul's silence over the controversy. Accusing Rahul Gandhi of 'patronising' the minority community, senior BJP leader Ravi Shankar Prasad had said, "When Rahul Gandhi goes to Gujarat for elections, he becomes a janeudhari (one who wears the sacred thread) and flaunts his Brahmin lineage. He does the same in Karnataka. Now when the elections are over, he starts patronising the Muslims. The issue is why Rahul Gandhi is maintaining conspicuous silence. Why he is not speaking?"