I will always defend the nation, says PM Narendra Modi in first address after India Air Force airstrikes in Pakistan-occupied-Kashmir

PM addressed a rally in Rajasthan's Churu, hours after IAF conducted a major preemptive strike on terror camps in Pakistan. 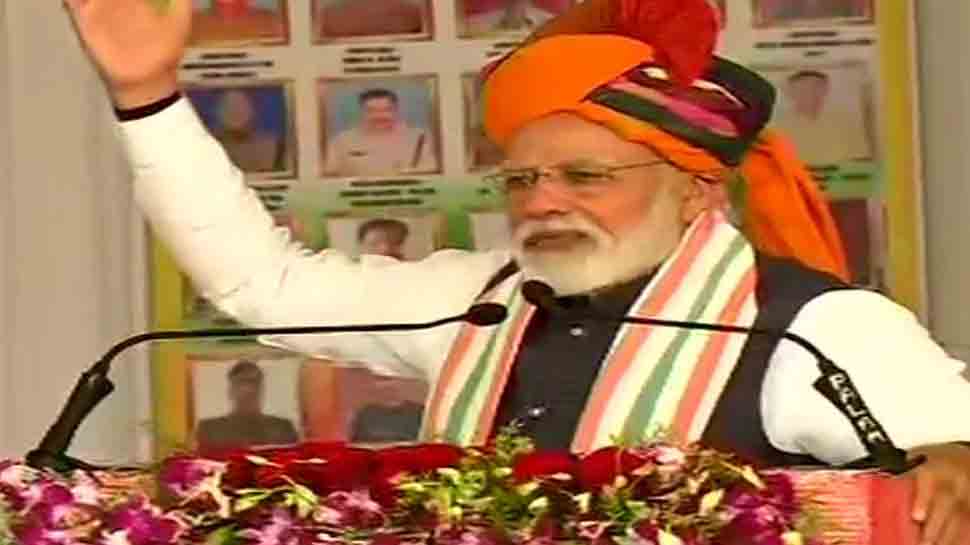 New Delhi: Prime Minister Narendra Modi on Tuesday addressed a rally in Rajasthan's Churu, his first, after the Indian Air Force (IAF) conducted a major preemptive strike on a Jaish-e-Mohammed (JeM) training camp early on Tuesday, killing a large number of terrorists. During his speech, Modi made a veiled reference to the air strike carried out on terror camps in Pakistan, saying the world has seen the power of India and asserted that the country was in safe hands.

Avoiding any direct mention of the Indian action, PM Modi underlined the importance of voting for a strong government rather than a 'majbhoor' (helpless) government in the upcoming Lok Sabha elections.

"Today, the world is watching India’s power... You are seeing it definitely," Modi said adding, "Today, from the land of Churu, I want to the assure the countrymen that the country is in safe hands," he said."

He recited a couplet, first narrated in 2014, by which he asserted that he will never let the country’s prestige be lowered.

"Mera vachan hai bharat ma ko, tera sheesh jukne nahi dunga (It is my vow to the motherland, I will not let your head hang in shame)," he said. "Nothing is bigger than the country," Modi said.

The terror camp in a thick forest area atop a hill was led by Ustad Gauri, brother-in-law of JeM chief Masood Azhar, Gokhale said, making a statement before the media, hours after the air strikes using Mirage 2000 were carried out.