The Indian Air Force (IAF) will celebrate its 86th anniversary on Monday. 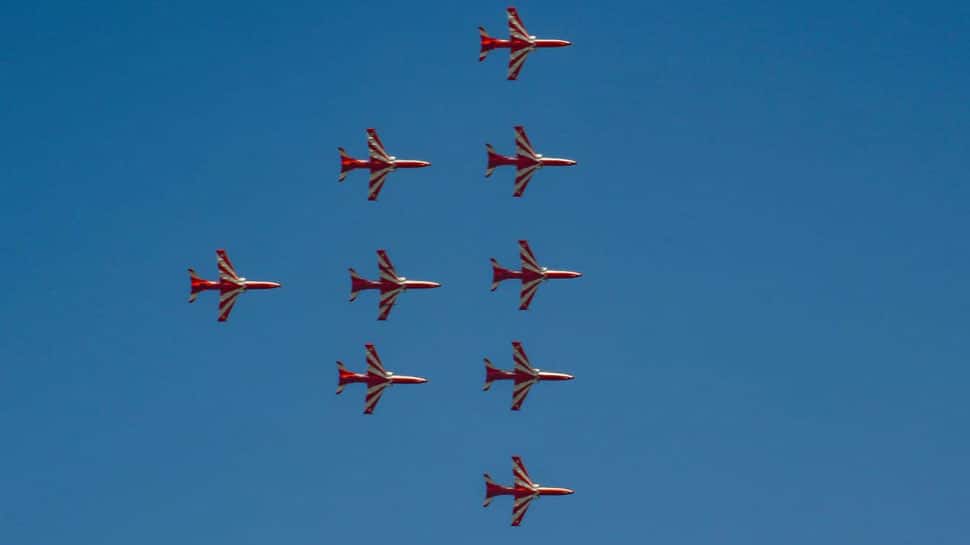 The Indian Air Force (IAF) will celebrate its 86th anniversary on Monday.

Air Chief Marshal BS Dhanoa, Chief of the Air Staff will be present apart from various other dignitaries and veterans.

The parade will start with the Air Warrior Drill Team showcasing their weapon handling skills. The team will then carry out diverse manoeuvers with their rifles, IAF said in a release.

Following this will be a scintillating air show by various aircraft. The flypast would include the vintage aircraft, modern transport aircraft and frontline fighter aircraft.

The air show will begin in the morning at 8 am with flag bearing skydivers of the famous AKASH GANGA Team dropping out of AN-32 aircraft.

Flypast will comprise Mi-17 V5 and Rudra helicopters, Dornier, C-130J and C-17 transport aircraft, Jaguar, Bison, MiG-29, Mirage-2000 and SU-30 MKI fighter aircraft. Other aircraft in the flypast will be Dakota, Tiger Moth and Harvard of the IAF Vintage flight.

After the flypast, Light Combat Aircraft (LCA) will carry out an aerobatic display in front of the audience.

After the parade, all visitors will also get an opportunity to witness a static display of aircraft, weapon, radar and missiles systems of the Indian Air Force.

The ceremony is scheduled to conclude at around 11 am.

The aircraft will be flying at a low level. IAF confirmed in a release earlier.

IAF notified about the areas where the aircraft will be flying.