If Article 370 is scrapped, J&K will be forced to think on ties with India: Mehbooba Mufti

Addressing PDP activists, Mehbooba Mufti said that new conditions would have to be worked out between Jammu and Kashmir and India if Article 370 goes. 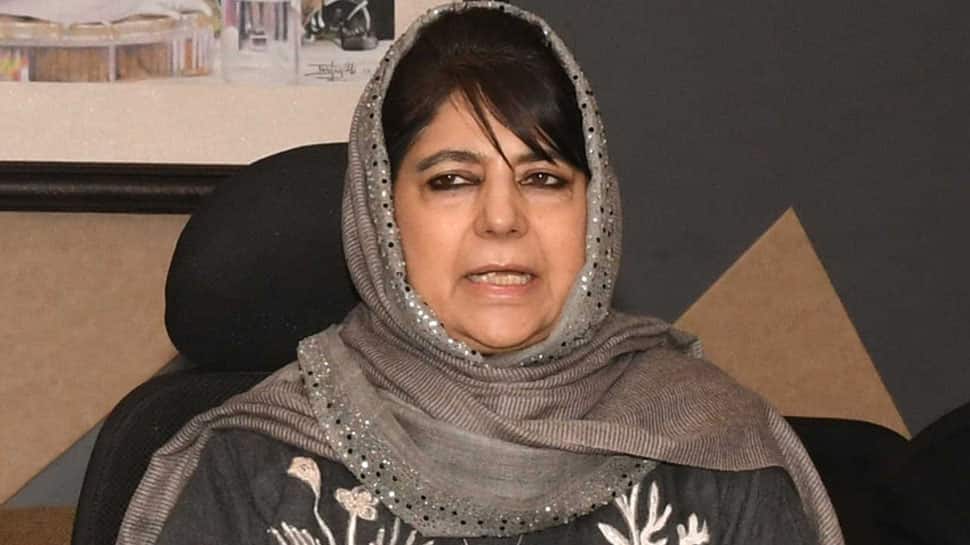 Srinagar: Mehbooba Mufti, the former Chief Minister of Jammu and Kashmir, once again warned the union government that if Article 370 of the Constitution is scrapped, the people in the state will be forced to think on their ties with India. Addressing the activists of her Peoples Democratic Party (PDP), she said that new conditions would have to be worked out between Jammu and Kashmir and India if Article 370 goes, reports news agency IANS.

In such an eventuality, the people of the country's only Muslim-majority state would be forced to think whether they want to remain with India or not, she said.

"If you break that bridge (Article 370), then you will have to renegotiate the relationship between India and Jammu and Kashmir," Mehbooba Mufti added.

Her statement came in response to a comment made by Finance Minister Arun Jaitley that Article 35A was constitutionally vulnerable and an impediment to the economic development of Jammu and Kashmir.

Article 370 and Article 35A of the Constitution provide special status to Jammu and Kashmir.

Last month, the PDP chief had said in a series of tweets that "any tampering with Article 370 and Article 35A will render Treaty of Accession null & void."

Senior Congress leader-former union minister Prof Saifuddin Soz on also said that Kashmir's relation with the union will be severed if Article 370 is repelled.

"It is not known why this strong military force has been deployed in the valley of Kashmir. Locals of Kashmir get shocked seeing military forces around them. And if Article 370 is repelled by the court, Kashmir's relation with the union will also get severed. RSS is keen to scrap Articles 35A and 370 from Kashmir and so has approached the Supreme Court," he said.