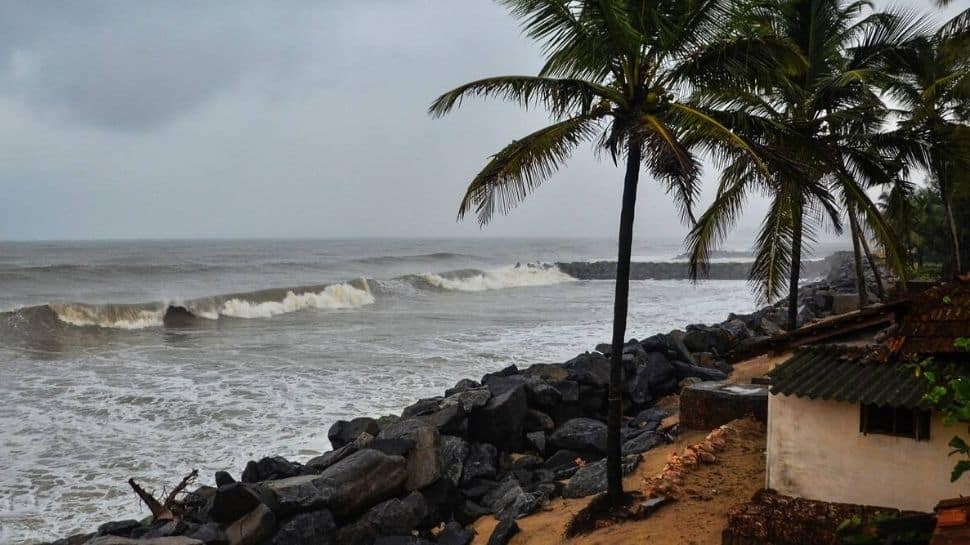 New Delhi: The India Meteorological Department (IMD) on Friday (June 18, 2021) issued a red alert for heavy to very heavy rainfall issued in three coastal districts of Karnataka. The Met department also issued an orange alert was issued for four other districts, namely Chikkamagalur, Hassan, Kodagu and Shivamogga, for the same period as monsoon turns vigorous in the state.

Additionally, by Friday the weather bulletin revealed that over 21 cm rainfall was recorded at Bhagamandala in Kodagu district during the last 24 hours, followed by 18 cm at Kottigehara in Chikkamagaluru district, 15 cm at Agumbe, 13 cm at Thalaguppa in Shivamogga district, and 12 cm in Honnavar and Siddapura in Udupi district.

"Incessant and widespread rains in the coastal, southern and Malnad regions disrupted normal life, as rivers and their tributaries flooded roads and bridges, inundated low-lying areas in villages and uprooted trees and electric poles," said the official.

The weather department have also issued a warning for the fishermen and have advised them against venturing into the sea on the next two days due to strong winds up to 50 kmph speed and high waves up to 5 metres from Mangaluru to Karwar.

"I will assess the situation and preparations with officials of 20 districts through video-conferencing on Saturday," he said.