Khan had said that 'Pakistan desires peace with India, as with all its neighbours', but sustainable peace is 'contingent upon resolution of the Jammu and Kashmir dispute'. 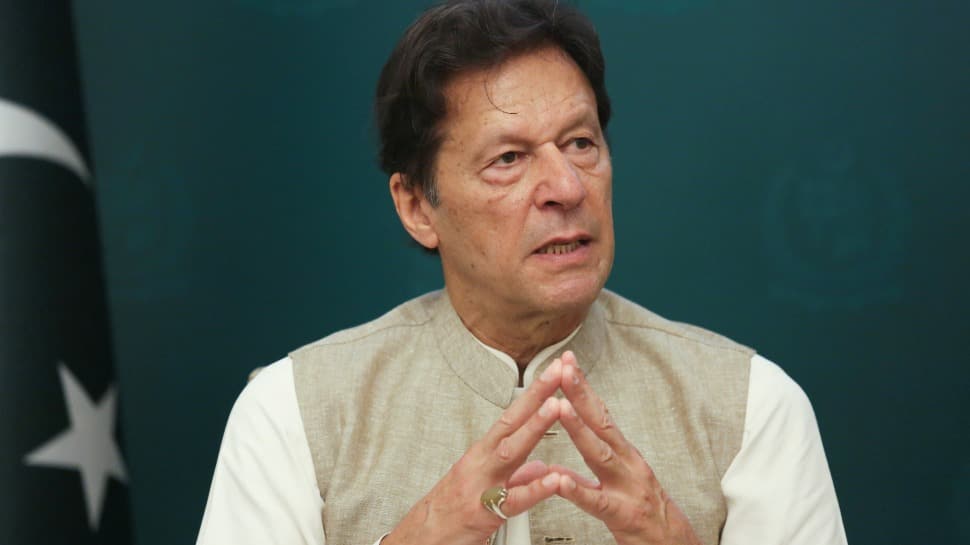 New Delhi: Hours after Imran Khan raked up the Kashmir issue during his address to the UN General Assembly's annual high-level debate, India hit back at Pakistan Prime Minister and called upon the country to 'immediately' vacate Pakistan-occupied Kashmir (PoK).

In its 'Right of Reply' in response to Imran Khan's references to Kashmir, Sneha Dubey, India's First Secretary at the UN, slammed Pakistan on Saturday (September 25, 2021) and said that Islamabad has an 'established history' of actively supporting terrorists.

The development comes ahead of Prime Minister Narendra Modi's address at the 76th session of UNGA.

She also said that 'regrettably', this was not the first time the leader of Pakistan has 'misused' platforms provided by the UN to propagate 'false and malicious' propaganda against India.

"Regrettably, this is not the first time the leader of Pakistan has misused platforms provided by the UN to propagate false and malicious propaganda against my country, and seeking in vain to divert the world`s attention from the sad state of his country where terrorists enjoy free pass while the lives of ordinary people, especially those belonging to the minority communities, are turned upside down," Dubey said.

India's First Secretary at the UN added that the Member States are aware that Pakistan has a 'policy of harbouring, aiding and actively supporting terrorists'.

"This is a country that has been globally recognized as one openly supporting, training, financing and arming terrorists as a matter of State policy. It holds the ignoble record of hosting the largest number of terrorists proscribed by the UN Security Council," she said.

"We exercise our Right of Reply to one more attempt by the leader of Pakistan to tarnish the image of this august forum by bringing in matters internal to my country, and going so far as to spew falsehoods on the world stage," Dubey said.

Khan, in a pre-recorded address, had described Islamophobia as a 'pernicious phenomenon' and had said that 'the worst and most pervasive form' of Islamophobia 'now rules India'. He also said that the 'Hindutva ideology' being propagated by the current Indian Government was unleashing 'a reign of fear and violence' against Indian Muslims.

Khan stated that 'Pakistan desires peace with India, as with all its neighbours', but sustainable peace is 'contingent upon resolution of the Jammu and Kashmir dispute'. He noted that Pakistan had 'unveiled a detailed dossier on gross and systematic violations of human rights by the Indian Security Forces' in the region.

The onus, Imran Khan said, remains on India to create a conducive environment for meaningful and result-oriented engagement with Pakistan and added that it requires that Delhi reverse its 'unilateral and illegal measures' instituted since August 5, 2019, and ends its 'oppression and human rights violations' against the people of Kashmir. He had also asked for 'reversing the demographic changes in the occupied territory'.

In reply, Sneha Dubey reiterated that the entire Union Territories of Jammu and Kashmir and Ladakh 'were, are and will' always be an integral and inalienable part of India.

She slammed Pakistan for suppressing its minority communities and said, "Today, the minorities in Pakistan - the Sikhs, Hindus, Christians - live in constant fear and state-sponsored suppression of their rights. This is a regime where anti-Semitism is normalized by its leadership and even justified."

She added, "Dissenting voices are muzzled daily and enforced disappearances and extra-judicial killings are well documented."

Dubey also drew a parallel between India and Pakistan and said that India is a pluralistic democracy with a substantial population of minorities who have gone on to hold the highest offices in the country including as President, Prime Minister, Chief Justices and Chiefs of the Army Staff. She also said that, unlike Pakistan, India is a country with free media and an independent judiciary that keeps a watch and protects our Constitution.

"Pluralism is a concept which is very difficult to understand for Pakistan which constitutionally prohibits its minorities from aspiring for high offices of the State. The least they could do is introspect before exposing themselves to ridicule on the world stage," she said.

She also said that India desires normal relations with all its neighbours, including Pakistan. "However, it is for Pakistan to work sincerely towards creating a conducive atmosphere, including by taking credible, verifiable and irreversible actions to not allow any territory under its control to be used for cross border terrorism against India in any manner," she added.

JEE Advanced Admit Card 2021 to be released today on jeeadv.ac.in, here’s how to download