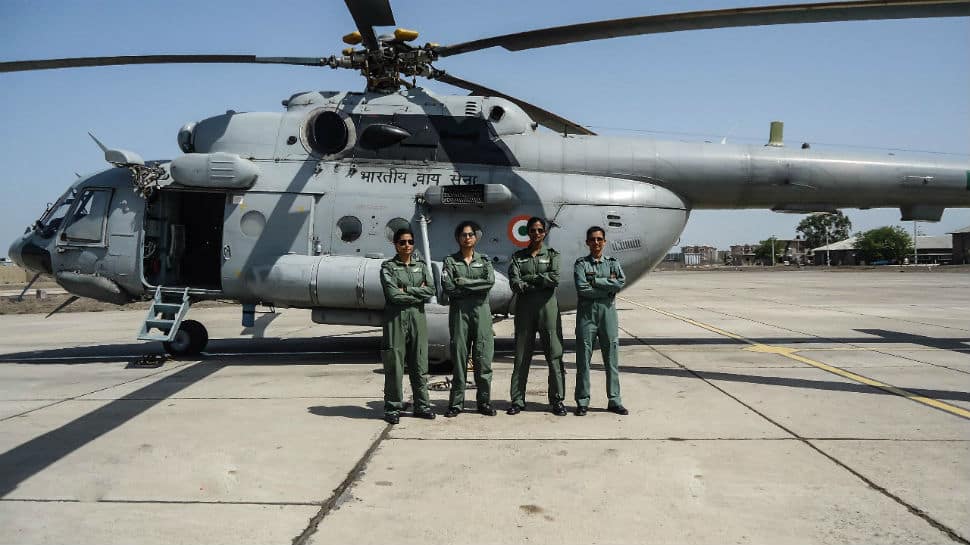 "The all-women crew flew a Mi-17 V5 helicopter for a Battle Inoculation Training mission taking off and landing from restricted areas at a forward airbase in South Western air command," it said.

Flying officer Aman Nidhi hails from Jharkhand's Ranchi and is also the first woman IAF pilot from the state, it added.