In a big boost to the Indian Air Force’s (IAF) firepower, three more French Rafale multi-combat fighter jets are expected to arrive in India on November 5. 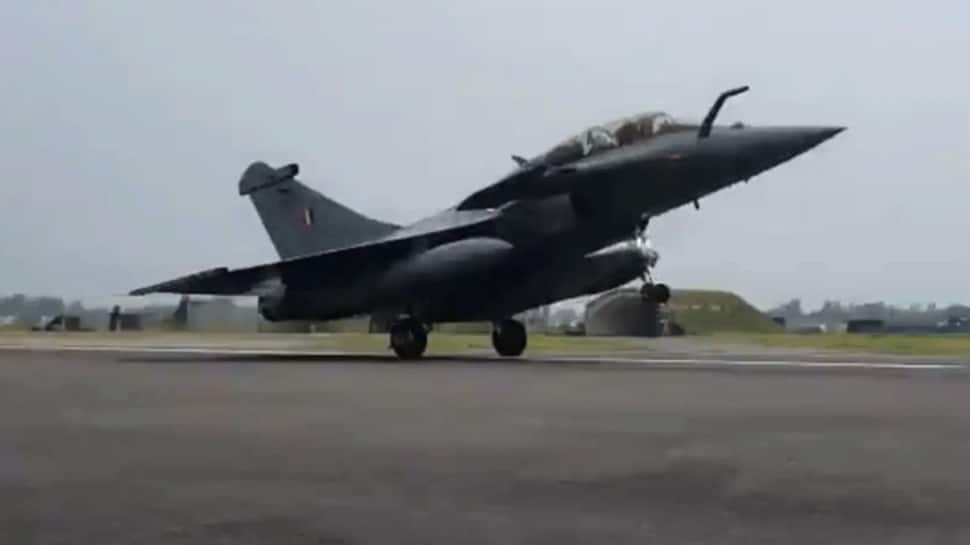 Five Rafale jets flew to the Ambala airbase via Abu Dhabi on July 29 and have already been inducted into the IAF’s Squadron 17. The next batch of three Rafales will arrive in Ambala on November 5 directly from the Bordeaux-Merignac facility, according to government sources.

The 5 Rafale jets were inducted at the IAF’s Ambala airbase on 10th September in the presence of French Defence Minister Florence Parly and Defence minister Rajnath Singh. Under the 2016 agreement, India will get 36 Rafale jet from France as part of a Rs 59000 crore deal.

Besides, the induction of 16 additional Rafale fighters by April next year will add to the IAF’s strike capability. The 16 omni-role Rafale jet fighters will be inducted into the Golden Arrows squadron by April 2021, as per sources.

France’s biggest jet engine maker Safran has said that it is ready to make fighter engines and ancillaries in India, according to people familiar with the matter.

All the fighters are equipped with Mica and Meteor air-to-air missiles along with Scalp air-to-ground cruise missiles. India has now requested Safran for the air-to-ground modular weapon known as Hammer with a 250kg warhead.

The development comes even as tensions at the Line of Actual Control (LAC) between India and China continue. The Chinese build-up at the LAC remains despite a series of diplomatic and military talks.

Meanwhile, Foreign Secretary Harsh Vardhan Shringla is expected to visit France later this week during his European tour. During the visit, he will hold high-level meetings at the French Ministry of Foreign Affairs with dedicated consultations on the United Nations Security Council (UNSC) as India prepares to be on the high table from January.

Both sides are keen to jointly work at the UNSC when India becomes a non-permanent member of the United Nations Security Council starting first January 2021.

France is a veto-holding permanent member of the UNSC. Shringla will also make a speech at a prominent French think tank.