By the middle of next year, the PM Modi government would have direct connectivity with over 11.5 crore farmers and their families across India, making it a communication exercise hitherto unprecedented in scale. If all goes well, the massive data bank on the farmers would be ready for release by June 2020. 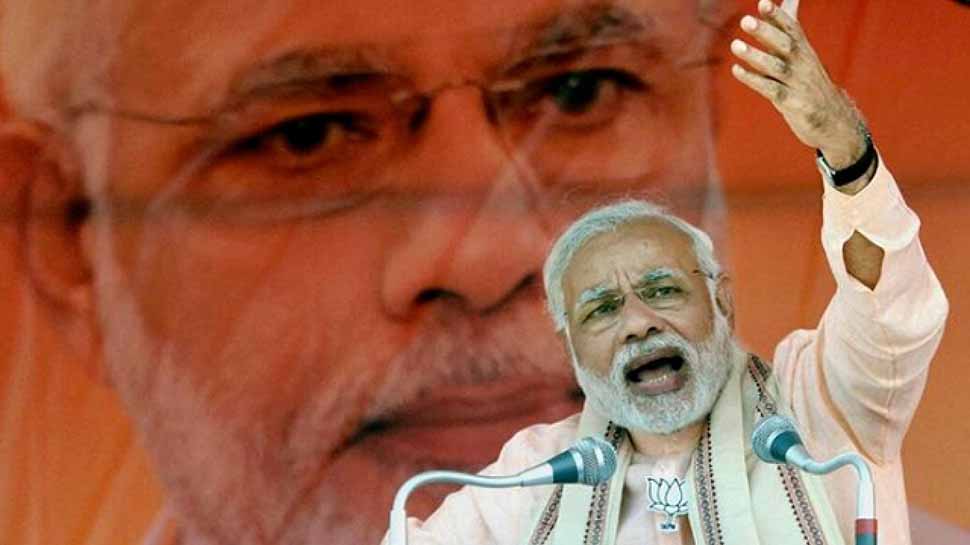 New Delhi: By the middle of next year, the PM Modi government would have direct connectivity with over 11.5 crore farmers and their families across India, making it a communication exercise hitherto unprecedented in scale. If all goes well, the massive data bank on the farmers would be ready for release by June 2020.

A top-level committee, headed by Union Agriculture Secretary Sanjay Agarwal, is working in tandem with the Information and Technology Ministry and its National e-governance Division (NEGD) wing, to meet the deadline of the mega data project, set by the Prime Minister`s Office.

With the help of this database and the use of technology, the life of the small and marginal farmers of the country would witness a sea change. The data will empower the farmers as well as the state to access all financial and farming-related information, ranging from soil testing to flood alerts, and from satellite imagery to land revenue records.

"The data, once ready by the next six months, would enable the farmer to have access to all sorts of market information. It is certainly going to be a game-changer in the rural sector," a senior official of the Union Agriculture and Farmers Affairs Ministry told IANS adding that "besides the Agriculture Secretary, former IT Secretary J. Satyanarayana, the man behind implementation of Aadhar card scheme, and several IT experts, are looking after the database project".

Prime Minister Modi`s dream project PM-KISAN (Kisan Samman Nidhi), which aims at providing assistance of Rs 6,000 to each farmer every year, seems to be a source of inspiration for gathering such mammoth data from across the country. As of now, data of 7.20 crore farmers have been collected under the PM KISAN scheme. From Uttar Pradesh alone, a data of 2.10 crore farmers have been included in the data bank.

Sources said that all the data is cross-checked by the Public Fund Management System (PFMS) to ensure that money credited to a farmer`s bank account, reaches the right place. As of now, the government has released Rs 33,000 crore to the poor farmers since the scheme was launched in December last year.

The PM KISAN scheme, which has given crucial financial assistance to marginalised farmers was initially not welcomed by two states - Delhi and West Bengal. Later, Delhi Chief Minister Arvind Kejriwal had a second thought over the benefits provided to the farmers under PM KISAN and recently agreed to join Modi`s scheme. However, West Bengal Chief Minister Mamata Banerjee yet remains a vocal critic of the scheme as she thinks the assistance given to farmers is an attempt of the Centre, to grab the attention of the poor for votes.

On the other hand, the BJP is of the view that Banerjee`s "narrow-minded" politics has deprived the farmers of their right to get financial assistance of the government. Data suggests that 70 lakh marginalised farmers are still struggling in West Bengal to seek the benefits of the Union Government`s scheme.