15 Diesel Locomotives with Mahatma Gandhi's painting are running on the Mumbai-Pune and Mumbai-Konkan route. 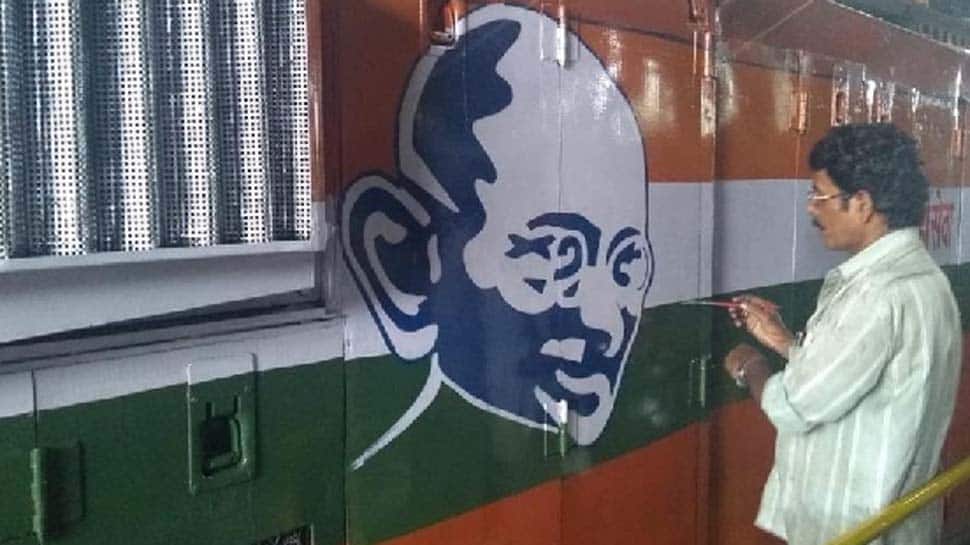 NEW DELHI:The entire nation is remembering 'Bapu' on his 150th birth anniversary and several government and non-government institutions, departments and ministries are paying tributes to the Father Of Nation in their own way.

The Indian Railways too paid tributes to the iconic freedom fighter by painting its Diesel Locomotives with the Mahatma Gandhi's picture on the backdrop of the Indian National Flag.

As per the information shared by the Indian Railways, 15 Diesel Locomotives with Mahatma Gandhi's painting are running on the Mumbai-Pune and Mumbai-Konkan route.

Meanwhile, country's flagship airline Air India also paid a unique tribute to Bapu by painting the tail of  its A320 aircraft with the photo of Mahatma Gandhi. The aircraft was seen in Air India's hub that is the T3 International Airport in Delhi.

On the occasion of Gandhi Jayanti, PM Narendra Modi paid floral tribute to Mahatma Gandhi by visiting Raj Ghat on Wednesday morning. Further, the Prime Minister will be flying off to Ahmedabad to attend a program that will be held at the airport where he will be addressing a public meeting as well.

As per the information, PM Modi will also visit Sabarmati Ashram, which is closely associated with Mahatma Gandhi. There, the PM will garland the Gandhi statue.

There are a lot of events lined up by the Centre and state governments to celebrate the 150th birth anniversary of Mahatma Gandhi.