In a video which has gone viral on social media, three soldiers of the Indian Army stationed in Siachen demonstrate that even a quick bite of food is an arduous task in temperatures which range from -40 to -70 degree Celsius. 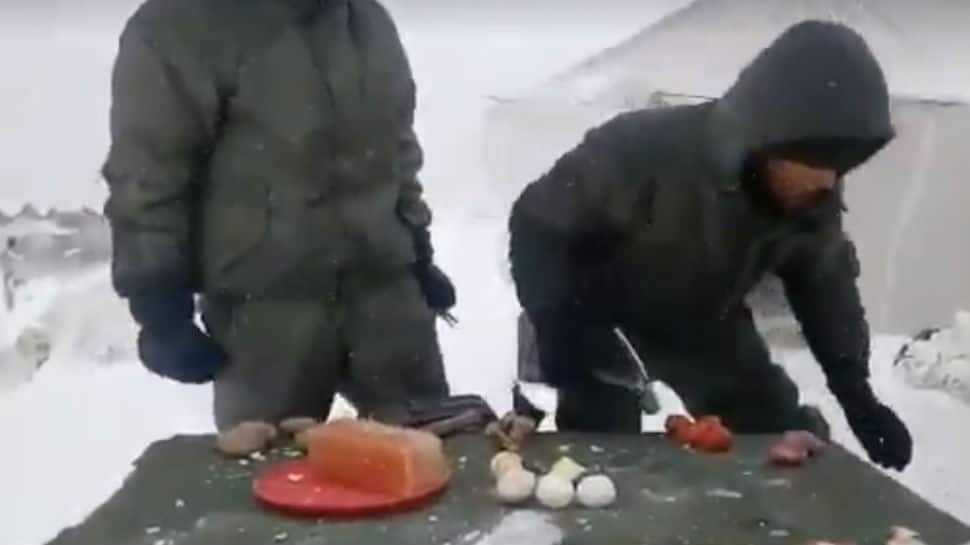 You may think cracking an egg open is a child's play but try telling that to Indian soldiers posted in the world's highest battlefield. Here, the easiest of tasks require skill, patience and often, a hammer.

In a video which has gone viral on social media, three soldiers of the Indian Army stationed in Siachen demonstrate that even a quick bite of food is an arduous task in temperatures which range from -40 to -70 degree Celsius. At such absolutely bone-chilling temperatures, a tetra pack of juice is cut open to reveal what may well be mistaken for a solid red brick. It, however, is a block of guava juice that has completely frozen and despite being hit with a hammer, hardly chips off. The soldiers explain that they have to put the solid block in boiling water and wait patiently for it to melt before they can even take a sip.

Next up is an egg. The soldiers take two eggs and hit both against each other. While doing so would create an absolute mess in most kitchens around the world, in the Siachen glacier, life is a whole lot tougher than that. The rock-hard eggs simply bounce off each other. Even striking powerful blows on the eggshell hardly creates a dent because it has completely frozen.

Similarly, the three soldiers demonstrate how they try to cut ginger. Scraping ginger in a bid to cut it only puts out small poofs of powder. It is almost as hard to chop potatoes and tomatoes.

Despite the unimaginable odds, the soldiers maintain a good humour - a clear sign of smiling in the face of massive adversity. This has been much appreciated by people on social media who saluted the insurmountable spirit of bravehearts who stand guard where no one else would.

Rajasthan: Couple hangs self to death after killing children