Bejing has offered to expand Mansarovar Yatra and said it is aware of India's call for a greater share of the domestic Chinese market. 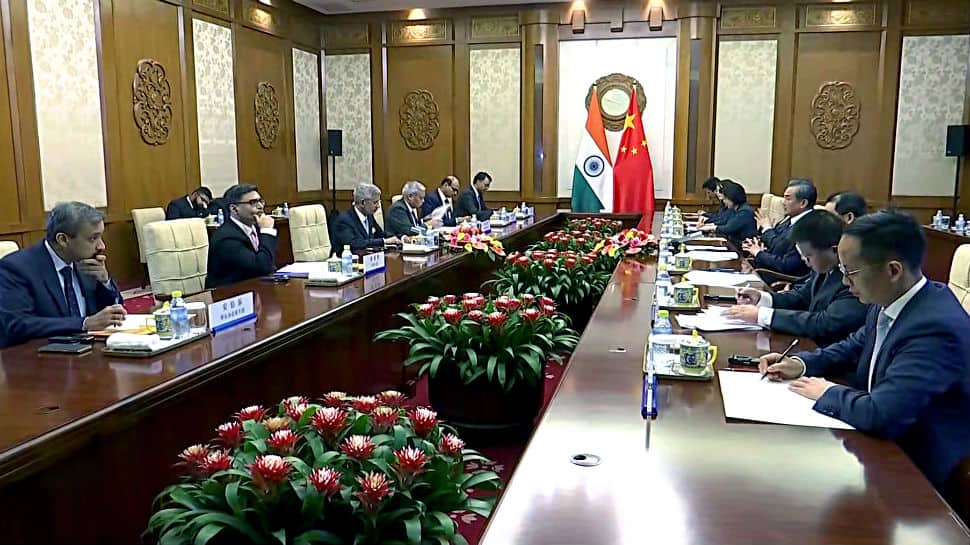 New Delhi: India and China agreed to cooperate in several areas on Monday, during Indian External Affairs Minister S Jaishankar's meeting with his Chinese counterpart Wang Yi. The visit is a preparatory visit for the 2nd informal summit between Prime Minister Narendra Modi and Chinese President Xi Jinping. The first happened in April of 2018 in Wuhan.

Calling the Wuhan meeting 'historic that has provided positive direction to our relations,' EAM Jaishankar said, "There has been progress in the overall relationship. The two countries agree that maintenance of peace and tranquillity in border areas is essential for the smooth development of our relations."

Bejing has offered to expand Mansarovar Yatra and said it is aware of India's call for a greater share of the domestic Chinese market.

"We are of the view that we need to deepen our cooperation," Yi said, adding, "We stand ready to provide facilities to Indian exports to China."

Jaishankar is in the Chinese capital on a three-day visit to participate in the India-China High-Level Mechanism to increase cultural and people-to-people exchanges. This was agreed during the Wuhan Summit and the first meet happened in Delhi in 2018.

The recent meet happened in the backdrop of New Delhi's decision to remove the special status for the erstwhile state of Jammu and Kashmir. This also cropped up during the Jaishankar-Wang discussions.

Yi said, "There are some differences between our two countries. We don't shy away from those differences. We exchanged view on those matters in a candid manner. Regarding recent tensions between India and Pakistan, we made clear China's concerns and issues regarding China's sovereignty. We stated China's principled position."

Jaishankar called for 'mutual sensitivity to each other's core concerns' and 'properly managing differences is therefore vital.' "As our leaders agreed in Astana, differences should not become disputes. That is how India-China relations can remain a factor of stability in an uncertain world," he said.

Meanwhile, China has called for Indian support to 'push back unilateralism, protectionism with concrete action' and 'safeguard the status of China and India as developing countries' even as Bejing faces Washington's pressure on the trade front.

Both sides also concluded four MoUs/agreements to promote cultural exchanges, enhancing cooperation in the field of traditional medicine, promoting exchanges between national sports associations and cooperation in museum management. The two Foreign Ministries have agreed on a Plan of Action for bilateral engagements for the year 2020 which marks 70 years of establishment of diplomatic ties.

India tells China to not allow differences to become disputes