India has announced a line of credit to the tune of $450 million to Sri Lanka, including $50 million fund to fight terrorism, after Prime Minister Narendra Modi held talks with the newly-elected President of the island country Gotabaya Rajapaksa. 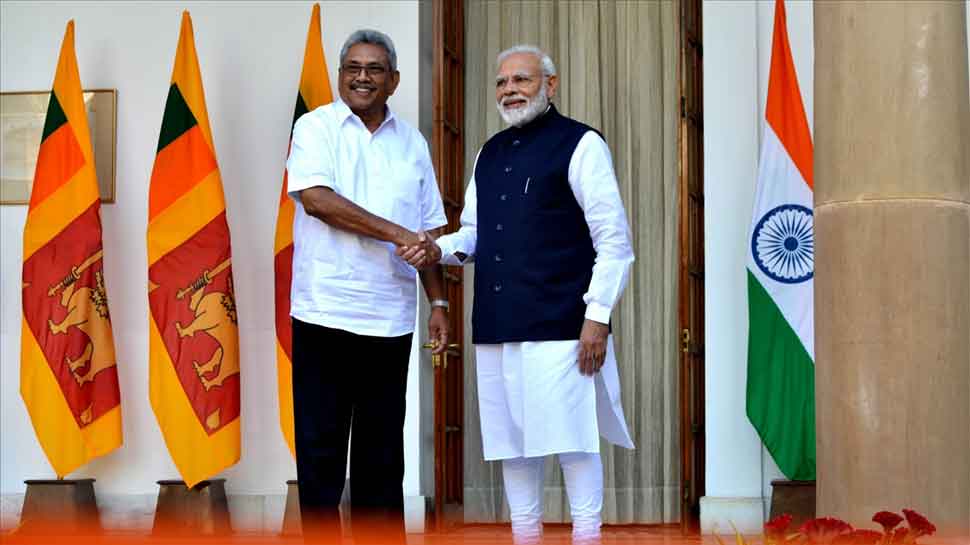 NEW DELHI: India has announced a line of credit to the tune of $450 million to Sri Lanka, including $50 million fund to fight terrorism, after Prime Minister Narendra Modi held talks with the newly-elected President of the island country Gotabaya Rajapaksa.

Rajapaksa, Sri Lanka’s former wartime defence chief, is on his first visit to India after a sweeping election victory earlier in November won on a platform promising to pull the country out of its deepest economic slump in more than 15 years.

In his media briefing after the talks, PM Modi said that he assured Rajapaksa of India's full assistance in taking his country in the path of rapid development.

The prime minister announced a line of credit of $400 million for development projects in Sri Lanka as well as granting a separate fund of $50 million to help the country deal with challenges of terrorism.

“The $400 million line of credit to Sri Lanka will strengthen the country’s infrastructure development. I am confident that this will help boost Sri Lanka’s economy and the line of credit will also speed up mutually beneficial `project cooperation’ between the two nations,” PM Modi said in the statement after his bilateral meeting with Rajapaksa.

"I want to bring the relationship between India and Sri Lanka to a very high level," Rajapaksa told the media after his ceremonial welcome at Rashtrapati Bhavan in the presence of President Ram Nath Kovind and PM Modi on Friday.

On the prevailing Tamil issue, PM Modi said he was confident that the Sri Lankan government will carry forward the reconciliation process and fulfil the aspirations of the Tamil community.

"The mandate that you have received reflected the aspirations of the Sri Lankan people for a strong and prosperous Sri Lanka. India's good wishes and cooperation are always with Sri Lanka in this regard," PM Modi further said.

Rajapaksa, who is credited with ending the country's long civil war, was sworn in as the island nation's new president on November 18, a day after he won the closely fought presidential election in the island nation.