Pakistan PM Imran Khan has called a meeting of the National Command Authority on Wednesday. 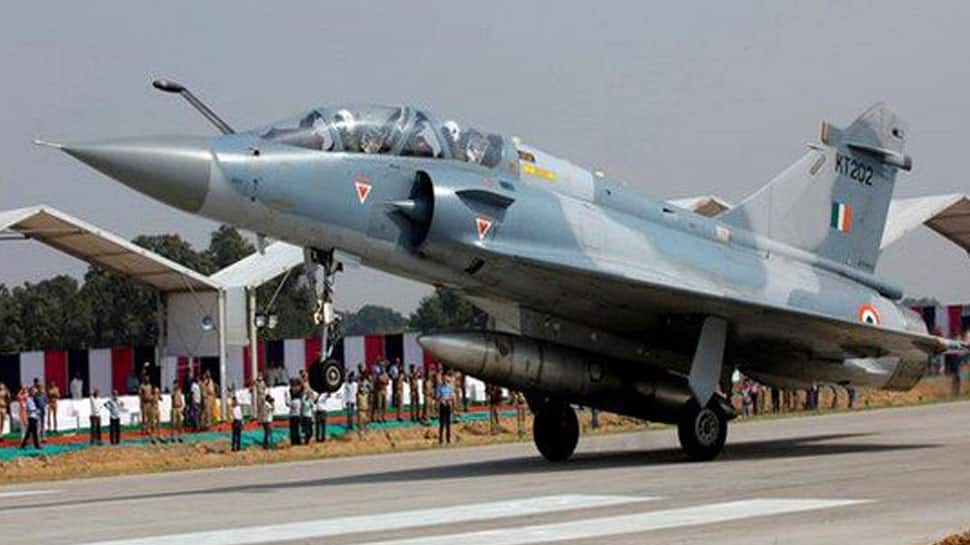 NEW DELHI/ISLAMABAD: In a chilling message to Pakistan that it cannot keep messing up with India, the Indian Air Force (IAF) bombed terrorist outfit Jaish-e-Mohammed's (JeM) biggest training camp killing "a very large number" of terrorists and their trainers in a pre-dawn, ''pre-emptive and non-military'' operation in the wee hours of Tuesday.

The IAF action came exactly 11 days after a JeM suicide bomber killed at least 40 CRPF troopers in the Pulwama district of Jammu and Kashmir on February 14.

Speaking publicly for the first time after the IAF attack, Prime Minister Narendra Modi told a public rally at Churu in Rajasthan that "today is a historic day" and that he ''will not allow anyone to pose threat to India.''

The PM, however, made no reference to Pakistan or JeM which had claimed the attack on CRPF convoy in Pulwama on February 14.

Within hours, a furious Pakistan threatened a "befitting response". Pakistan Prime Minister Imran Khan called a meeting on Wednesday of the National Command Authority, which controls the country's nuclear arsenal.

After initially dilly-dallying on the IAF action, Pakistani military authorities finally admitted that the IAF had hit Balakot in Khyber Pakhtunkhwa, 195 km from Islamabad and over 40 km from Muzaffarabad, capital of Pakistani-administered Kashmir.

It was the first time that the IAF had crossed into Pakistan after the 1971 war.

The fighter jets were backed by Emb 145 early warning plane which was deployed to pick up any emerging threat at a large distance and alert the attacking pilots.

India also used a mid-air refueller, the sources said. The Mirage 2000 fires a range of Western weapons. After the upgrade, the Mirages have Mica air-to-air multi-mission missiles and a range of precision-guided bombs including Israeli Spice.

As celebrations erupted across India, Foreign Secretary Vijay K Gokhale said, "India struck the biggest training camp of JeM in Balakot. In this operation, a very large number of JeM terrorists, trainers, senior commanders and groups of jihadis who were being trained for fidayeen action were eliminated.

"This facility at Balakot was headed by Maulana Yusuf Azhar (alias Ustad Ghouri), the brother-in-law of (JeM leader) Masood Azhar," he said.

Gokhale said the Indian government was "firmly and resolutely committed to taking all necessary measures to fight the menace of terrorism. Hence, this non-military pre-emptive action was specifically targeted at the JeM camp. The selection of the target was also conditioned by our desire to avoid civilian casualties."

He said that such "massive training facilities capable of training hundreds of jihadis could not have functioned without the knowledge of Pakistani authorities.''

"Credible intelligence was received that the JeM was attempting another suicide terror attack in various parts of (India), and the fidayeen jehadis were being trained for this purpose. In the face of this imminent danger, a pre-emptive strike became absolutely necessary," he added.

Following the attack, India has heightened vigil along its border with Pakistan.

After presiding over a meeting of the National Security Council, Pakistani Prime Minister Khan asked the country's armed forces and people to prepare "for all eventualities".

"Once again the Indian government has resorted to a self-serving, reckless and fictitious claim. This action has been done for domestic consumption in an election environment, putting regional peace and stability at grave risk," said an official statement.

Its Foreign Minister Shah Mehmood Qureshi warned that Islamabad has "the right to self-defence and (give) a befitting response".

Later, Pakistan's Foreign Office summoned India's Acting High Commissioner Gaurav Ahluwalia and issued a demarche against the "aggression" and the violation of its airspace.

"Under forced hasty withdrawal the aircraft released payload which had free fall in an open area. No infrastructure got hit, no casualties," he said following an uproar in Pakistan about Indian jets flying deep into its territory.