As a part of an old, traditional practice, rangers exchange pleasantries with each other every year on national and religious festivals of the two countries, like Republic Day, Independence Day and Eid. 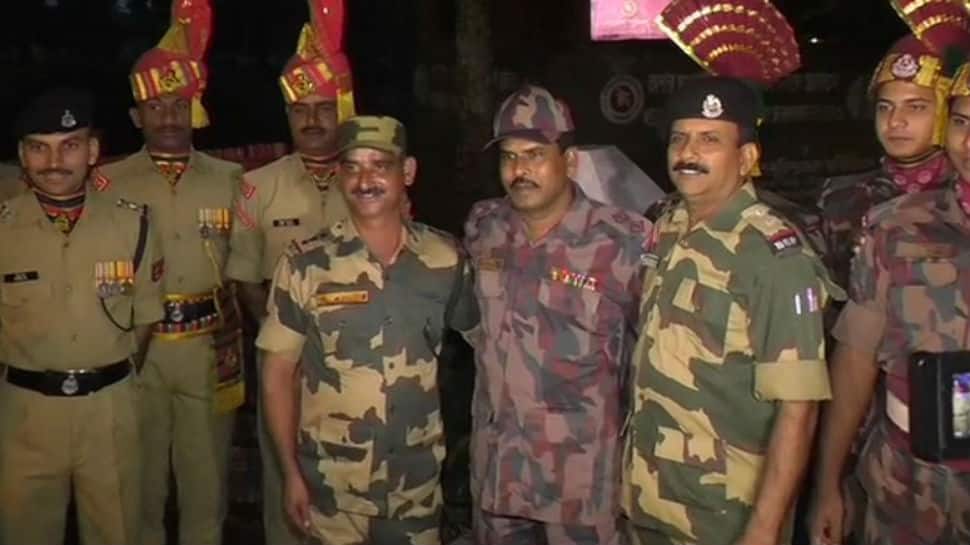 The exchange of sweets between the soldiers of the two friendly neighbouring countries comes as a goodwill gesture before Diwali.

"This is a pre-Diwali celebration and the sweet exchange will further improve the relationship between India and Bangladesh. It would also help to reduce the crime rate in the bordering areas on both sides," Jahangir Alam, Company Commander of Akhaura BGB camp, told ANI.

As a part of an old, traditional practice, rangers exchange pleasantries with each other every year on national and religious festivals of the two countries, like Republic Day, Independence Day and Eid.

Diwali is celebrated with great fervor and gaiety across India. As per Hindu mythology, the festival marks the return of Lord Ram after his victory over the demon king Ravana in distant Lanka, as well as the culmination of his 14-year-long exile. Lord Ram is widely regarded as the reincarnation of Lord Vishnu in Hinduism.

Diwali is also celebrated to honour Goddess Lakshmi, the Hindu deity of wealth and prosperity and the consort of Lord Vishnu. It is believed that the Goddess Lakshmi blesses those homes that are clean and well lit.

On Diwali, people illuminate their houses with coloured lights and earthen lamps.