In his speech at UNGA, PM Modi said that India has played a pivotal role in the UN Peacekeeping Mission across the world and its fight against terrorism. 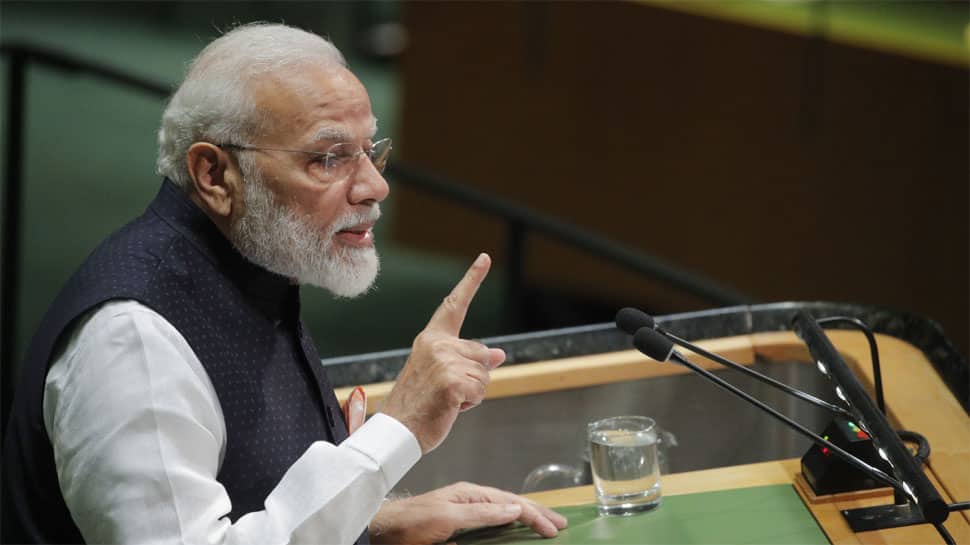 "I come from a country which has given Buddha and not Yudh (war). We have given a message of peach and therefore the voice of India against terrorism reflects the general anguish against the menace," Modi said in his speech at UNGA today.

"For the sake of humanity, the world needs to unite to fight the menace of terrorism. A world divided by violence and terrorism makes a direct assault on the very principle on which the United Nations was founded," PM Modi said in his 20-minute long speech.

"Harmony and peace were India's message to the world," the Prime Minister said, adding, "India was several thousand-year-old civilisation and has historically believed in welfare for all, that is the crux of our slogan of Sabka Saath, Sabka Vikas and Sabka Vishwas."

"The world sets the deadline of 2030 to eradicate tuberculosis but we are working to make India TB-free by 2025," the PM added.