Home Minister Rajnath Singh said that OIC has backed India in the fight against terror. 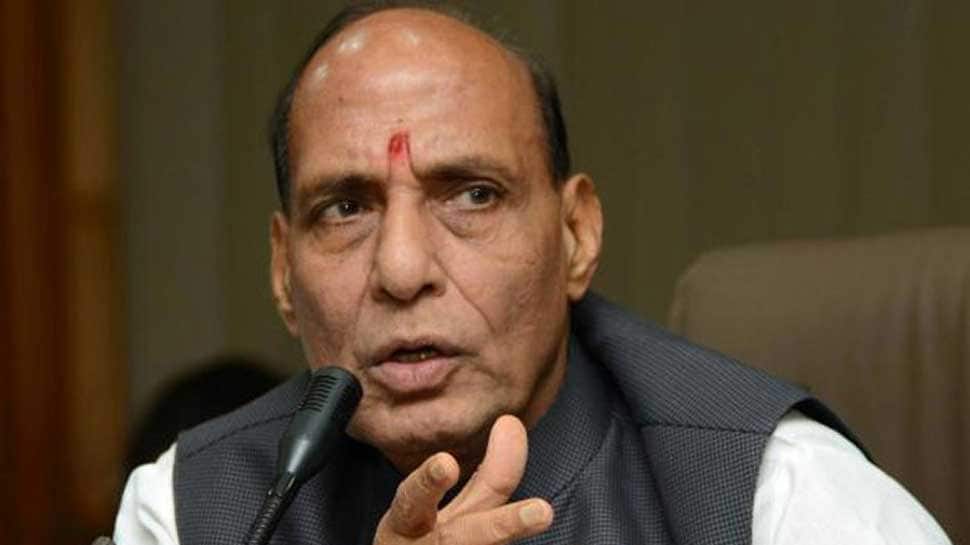 Hyderabad: Terming terrorism as a major challenge for the entire world, Union Home Minister Rajnath Singh on Friday said that India was getting full cooperation from the Islamic countries in its fight against terrorism.

"All countries are coming on one platform to fight terror. They are all of the views that there should be a decisive war against terror," the Minister said while inaugurating the office and residential complex of the National Investigation Agency (NIA) here.

NIA`s Hyderabad office will cover the states of Telangana, Andhra Pradesh and Karnataka.

The Minister also inaugurated the agency`s Guwahati office via video conferencing. This office will cover all the northeastern states.

He said terrorism was a major challenge not just for India but for the entire global community.

He noted that the Organisation of Islamic Cooperation (OIC) for the first time invited India`s Foreign Minister as the guest of honour for its conference.

The Home Minister said terrorism had nothing to do with caste, creed or religion. "Some people link terrorism with religion which is not proper," he said.

The Minister also referred to the return of Indian Air Force pilot Abhinandan Varthaman, who was captured by Pakistan on Wednesday.

While thanking the organisers for according `Abhinandan` (welcome) to him and other dignitaries, he said: "The truth is that our and your `Abhinandan` and the entire country`s `Abhinandan` will enter India in few hours."

Stating that there was a strategic change in the country`s response to terrorism during the last few years, he said the credit for this should go to the NIA.

He lauded the NIA for effective coordination with various Central and state agencies and also organisations of other countries.

"NIA is developing skills to solve cases no matter however complex and complicated they are," he said.

Singh said the Ministry of Home Affairs has approved a proposal of the NIA to open a research cell on the Islamic State (IS) terror group. He said 100 new posts were sanctioned for the NIA for effective investigation and supervision.

He claimed that circulation of fake currency had declined due to the efforts of the NIA and other agencies.

The agency has filed chargesheets in 180 cases.

The Director said that so far conviction was achieved in 42 cases and 206 convicts were sentenced.

The office and residential complex in Hyderabad has been built by the NBCC at a cost of Rs 46 crore while the facility in Guwahati has come up with an expenditure of Rs 40 crore.

The NIA has eight regional offices and 11 camp offices in the country.