India in touch with Russian agencies for inputs on Indian nationals: Raveesh Kumar

At least 10 sailors have died in the incident, while 12 were rescued and 9 are still missing- Russian Maritime Agency. 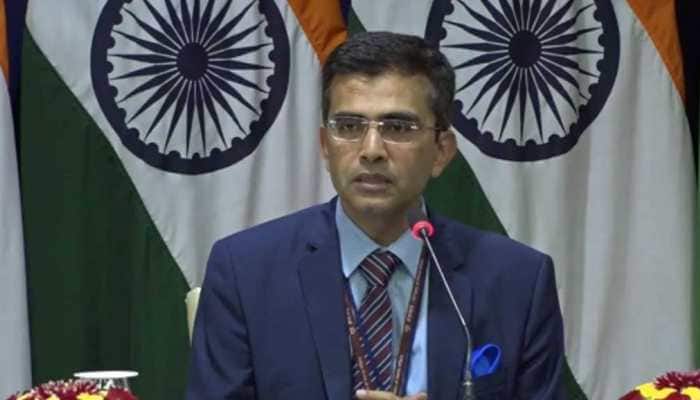 New Delhi: After a massive blaze took place involving two Tanzanian-flagged cargo vessels in the Black Sea near Kerch Strait, India on Tuesday said that the Indian Embassy in Moscow is in constant touch with Russian maritime agencies for further information on Indian nationals affected in the incident and for extending necessary humanitarian aid to them.

In response to media reports regarding Indian nationals affected in the accident, Ministry of External Affairs (MEA) spokesperson Raveesh Kumar said, "We have been informed that two ships caught fire while moving through the Kerch Strait after one of them was apparently rocked by an explosion on 21 January".

"At least 10 sailors have died in the incident, while 12 were rescued and 9 are still missing - according to the Russian Maritime Agency overseeing the rescue operations. Our Embassy in Moscow is in constant touch with the concerned Russian agencies to get more information on Indian nationals affected in the incident and to extend necessary assistance," Kumar stated.On Monday, the fire broke out onboard two LNG tanker vessels in the Black Sea near Kerch Strait. Preliminary information has unveiled that the fire had started during the transfer of LNG between the two vessels.

Around seven vessels were on scene as part of rescue efforts.One of the ships, Candy, had 17 crew members, including nine Turkish citizens and eight Indian nationals. The other vessel, Maestro, had a crew of 15 which included seven Indian nationals, seven Turkish nationals and a Libyan citizen.

Authorities have confirmed that while 10 people have perished in the fire, 12 people have been saved and nine others are missing.Rescue efforts are still underway to trace the missing crewmen of the two vessels.