India on Friday morning recorded 6412 COVID-19 cases and 199 fatalities, according to the data provided by the Health and Family Welfare Ministry while the global death toll due to novel coronavirus exceeded 95,000. 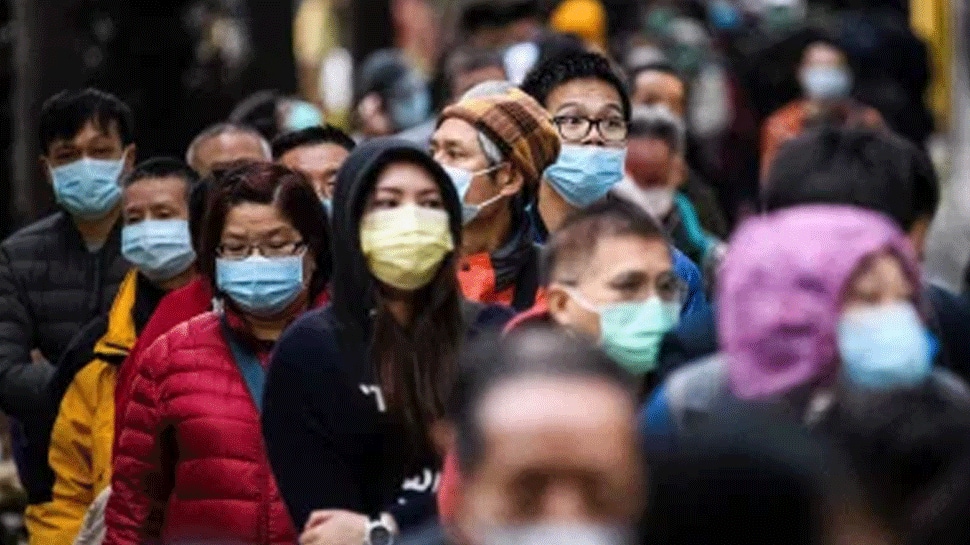 NEW DELHI: India on Friday morning recorded 6412 COVID-19 cases and 199 fatalities, according to the latest data provided by the Health and Family Welfare Ministry while the global death toll due to novel coronavirus exceeded 95,000. According to the Union Health Ministry, the number of active COVID-19 cases is 5,709 and as many as 503 people have been cured and discharged and one had migrated.

The Ministry said at least 30 new deaths have been reported since Thursday evening. Twenty-five deaths were reported from Maharashtra, three from Delhi and one each from Gujarat and Jharkhand. One death was reported from Assam on Friday morning.

Maharashtra has reported the most coronavirus deaths at 97, followed by Gujarat at 17, Madhya Pradesh 16 and Delhi 12. Punjab and Tamil Nadu have reported eight fatalities each while Telangana has reported seven deaths.

West Bengal and Karnataka have registered five deaths each. Andhra Pradesh, Jammu and Kashmir and Uttar Pradesh have reported four deaths each while Haryana and Rajasthan have recorded three deaths each. Two deaths have been reported from Kerala. Bihar, Himachal Pradesh, Odisha and Jharkhand reported one fatality each, according to the health ministry data.

The 6,412 figure includes 71 foreign nationals. The death toll on Thursday evening was 169. According to the ministry's data updated in the morning, the highest number of confirmed cases in the country are from Maharashtra at 1,364, followed by Tamil Nadu at 834 and Delhi with 720 cases.

The cases have gone up to 463 in Rajasthan, while they have risen to 442 in Telangana, Uttar Pradesh has 410 cases so far, followed by Kerala at 357 cases. Andhra Pradesh has reported 348 coronavirus cases.

Novel coronavirus cases have risen to 259 in Madhya Pradesh, 241 in Gujarat, 181 in Karnataka and 169 in Haryana. Jammu and Kashmir has 158 cases, West Bengal has 116 and Punjab has 101 positive patients so far. Odisha has reported 44 coronavirus cases. Thirty-nine people were infected with the virus in Bihar while Uttarakhand has 35 patients and Assam 29.

Chandigarh and Himachal Pradesh have 18 cases each while Ladakh has 15 and Jharkhand has 13 positive patients so far. Eleven cases have been reported from the Andaman and Nicobar Islands while 10 were reported from Chhattisgarh.

Goa has reported seven COVID-19 infections, followed by Puducherry at five cases. Manipur has two while Tripura, Mizoram and Arunachal Pradesh have reported one case each.

"State-wise distribution is subject to further verification and reconciliation," the Health Ministry said on its website.

Meanwhile, the death toll from COVID-19 exceeded 95,000 worldwide on Thursday, according to a tally by Johns Hopkins University.

The number of confirmed cases reached 1,600,427 and while the global death toll stood at 95,699 as of Friday morning, an interactive map maintained by the university`s Center for Systems Science and Engineering (CSSE) showed.

The World Health Organization declared the COVID-19 outbreak a pandemic on March 11. Till today, more than 1.6 million people have been infected with the coronavirus worldwide, with over 95,000 fatalities, according to the same university.