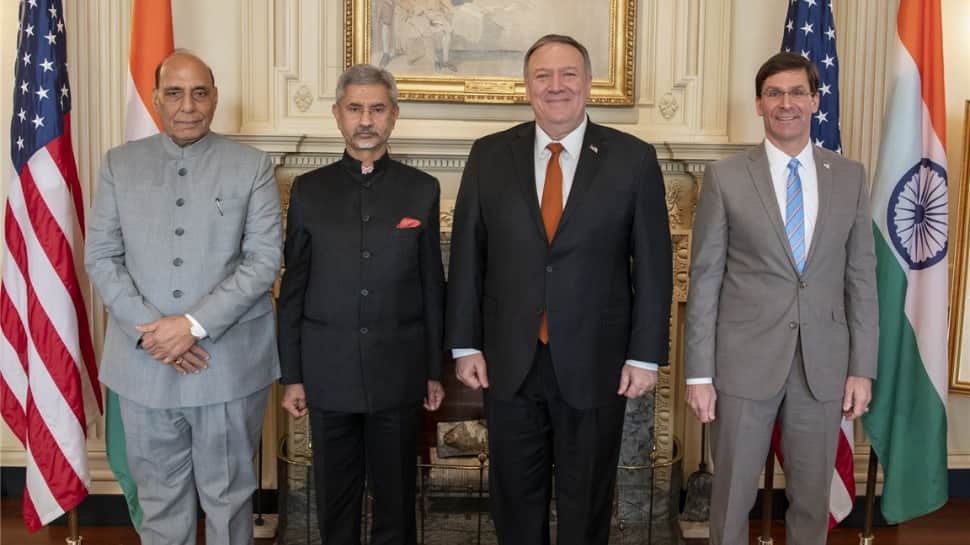 New Delhi: The United States Secretary of State Mike Pompeo and the US Secretary of Defense Mark T Esper will arrive in New Delhi on Monday (October 26, 2020) with the aim to expand cooperation to promote stability and prosperity in the India-Pacific and the world.

The talks between US and India will focus on four themes -- regional security cooperation, defense information sharing, military-to-military interactions, and defense trade, the US State Department said in a statement on Friday.

Pompeo's arrival will reportedly mark the fourth visit to India by a Secretary of State during the Donald Trump Administration.

Wheels up for my trip to India, Sri Lanka, Maldives, and Indonesia. Grateful for the opportunity to connect with our partners to promote a shared vision for a free and open #IndoPacific composed of independent, strong, and prosperous nations. pic.twitter.com/IoaJvtsHZC

Earlier in February 2020, President Trump also made a historic visit to India and spoke in Ahmedabad in front of over 1,00,000 people.

"The United States and India have a strong and growing bilateral relationship built on shared values and a commitment to a free and open Indo-Pacific," said the US Department of State.

"Holding the third US-India 2+2 Ministerial Dialogue in just over two years demonstrates a high-level commitment to our shared diplomatic and security objectives," they added.

Meanwhile, in a fact sheet released by US Department of State claims that as of 2020, the United States has authorized more than $20 billion in defence sales to India.

"Defense trade has increased significantly over the past two decades. India maintains the largest fleets of C-17 and P-8 aircraft outside of the United States," read the official statement.

"We are expanding cooperation between our two militaries. This includes our navies, which play a critical role in ensuring freedom of navigation in the Indo-Pacific. In July 2020, the Indian Navy successfully completed a passing exercise with the U.S. Navy as the Nimitz Carrier Strike Group transited through the Indian Ocean Region," said US.

The US' fact sheet said that the Indian students enrich its universities and colleges, contribute to the American economy, and build lifelong bonds with Americans.

"The Indian diaspora in the United States is nearly four million strong. More than 50,000 Indian-Americans gathered in Houston over a year ago to attend the 'Howdy Modi' rally, the largest-ever gathering with a foreign political leader in the United States," said the US.

Esper is set to travel to India and other countries in the region alongside Secretary of State Mike Pompeo from October 25 to 29.