India's Ambassador to the US

India will not keep quiet to any act of terrorism: Indian Ambassador to US Harsh Vardhan Shringla

India's Ambassador to the US, Harsh Vardhan Shringla, has said that India will not keep quiet to any act of terrorism and giving "appropriate response" to all terrorism incidents is the new normal for the country. 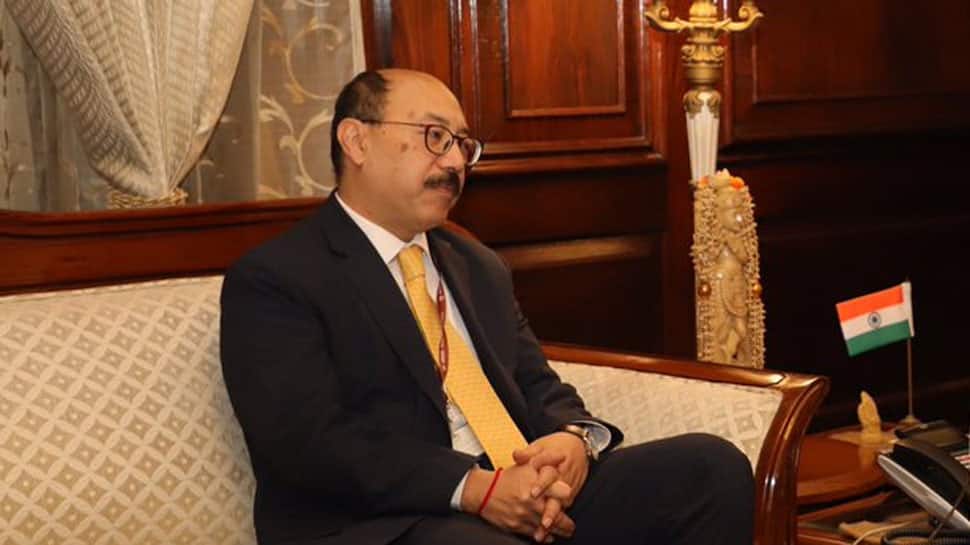 Washington: India's Ambassador to the US, Harsh Vardhan Shringla, has said that India will not keep quiet to any act of terrorism and giving "appropriate response" to all terrorism incidents is the new normal for the country.

In a first-of-its-kind interaction with Indian students from the various universities from the Greater Washington area, Shringla said that Pakistan needs to meet its international obligations to crackdown on terrorist networks and safe havens within its territory.

Forty CRPF personnel were killed in a suicide attack by Pakistan-based JeM in Jammu and Kashmir's Pulwama district on February 14, sparking outrage in the country.

Shringla updated the Indian students about the latest development back home and why India choose to act this way, after the Pulwama terrorist attack.

He said that Pakistan did not act against terrorist organisations or its leaders despite India giving actionable intelligence against the 26/11, Pathankot and Uri attacks.

"This time, India opted for pre-emptive attack, mainly because terrorists were planning to launch another terrorist attack inside India, he said referring to the daring air strike by Indian Air Force deep inside Pakistan.

"By doing so, India ensured that it was a non-military, and in remote area with no civilian casualties," he said.

Shringla said that India has been successful in articulating its case with the international community including the US.

"The international community is with India," he said.

Appreciating the strong support coming from United States, in particular from the White House, the State Department and the Congress, Shringla said this incident has brought the two countries together for counter-terrorism cooperation.