IAF has initialled a 27 million euros contract to buy the fighters and out of these eight are in ready-to-fly condition. These aircraft, which costed 1.125 million euros each, will soon be shipped to India in containers. 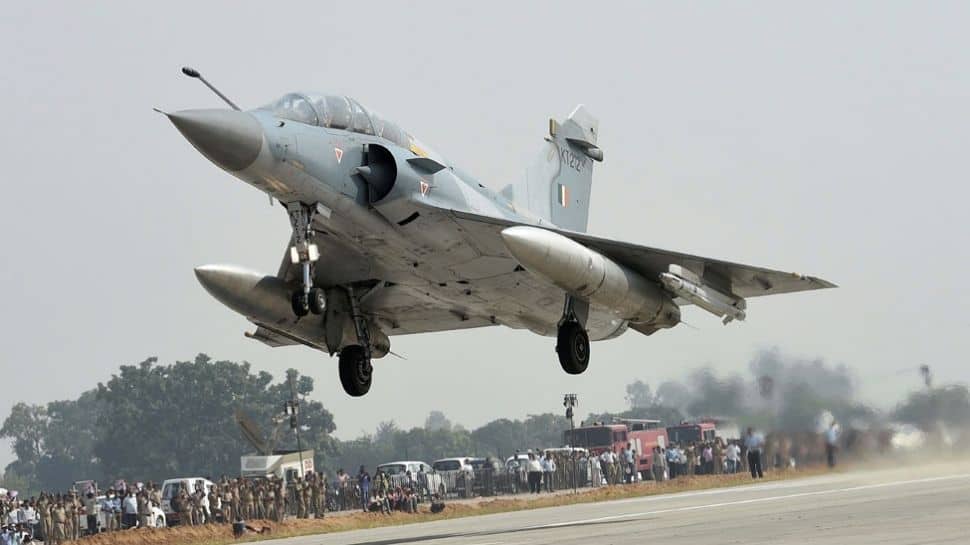 New Delhi: In an attempt to strengthen its ageing fleet of fourth-generation fighters, the Indian Air Force (IAF) is set to acquire Dassault Aviation made 24 second-hand Mirage 2000 fighters. IAF will also secure parts for its two existing squadrons of the aircraft.

According to the reports in Hindustan Times, people familiar with the matter revealed that the IAF has initialled a 27 million euros contract to buy the fighters and out of these eight are in ready-to-fly condition. The report also revealed that these aircraft, which costed 1.125 million euros each, will soon be shipped to India in containers.

Reportedly, out of the 24 fighters, eight are in ready-to-fly condition and 13 are in complete condition with engine and airframe intact, while the remaining 11 are partially complete but with fuel tanks and ejection seats.

IAF’s 35-year old Mirage fleet is undergoing a mid-life upgrade. This fleet performed exceptionally during the 2019 Balakot operation. The report also quoted the sources as saying that the aircraft is becoming obsolete in France and is in immediate need of 300 critical spares, following which IAF chief Air Chief Marshal RKS Bhaduaria decided to go in for the purchase.

Back in 1985, the Indian Air Force had purchased around 50 fourth-generation Mirage 2000 C and B fighters. This purchase was made with a maintenance contract that expired in 2005, following which IAF signed another contract in 2015-2016 with the French original equipment manufacturer.

The report also stated that IAF and the Indian Navy should plan their fighter acquisition so that there is synergy between the two forces. The experts believe this is important so that the defence ministry to accelerate decisions on replenishing the country’s fighter fleet, especially because China has already moved to fifth-generation fighters and armed drones.

'Most humiliating experience': 19-year-old Assam girl, in shorts, made to wrap curtain to sit for exam