Bishworjit Singh Saikhom, a Pune based Havildar working with the Bombay Sappers, completed the IRONMAN 70.3 in 4 hours 42 minutes 44 seconds. The second position was secured by Nihal Baig, alumni of IIT Bombay, who clocked 4 hours 47 minutes 47 seconds. 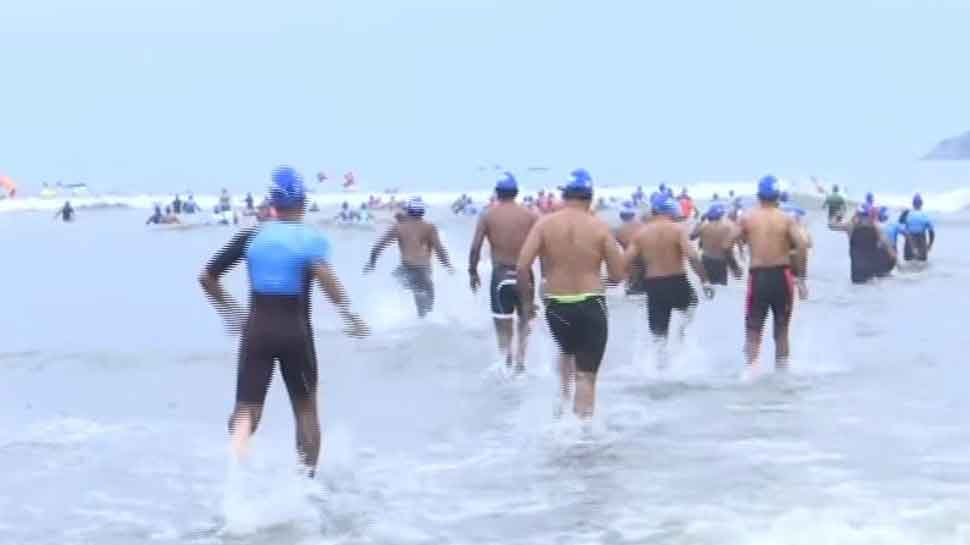 Panaji: Indian Army's Bishworjit Singh Saikhom scripted history after finishing on the first spot in the country's first-ever IRONMAN 70.3 triathlon, which was held here on Sunday.

Saikhom, a Pune based Havildar working with the Bombay Sappers, completed the IRONMAN 70.3 in 4 hours 42 minutes 44 seconds.

All the participants were to complete the 1.9km swim, 90kms cycling and 21 km run covering some of Goa's most iconic locations.

Saikhom is happy to beat Pablo Erat of Switzerland, who was billed as the top contender of the event but finished on the fourth position.

"It was my aim to defeat Pablo for many years. I completed in the 2015 triathlon in Goa where Pablo was the winner. He has been consistently winning over the past few years. It was really my aim to beat him here in this race. I am very happy I was the first person to reach the finish line," Saikhom said.

"This is my first-ever participation in IRONMAN 70.3 Goa. My performance here surely gives me the confidence to do well in future triathlon events. Getting sponsored by Recreational Triathlon Club in Pune has helped me a lot for this race. They also helped me buy a quality cycle to race," he added.

Moreover, Saikhom because of his brilliant performance has received an invitation to participate in the IRONMAN 70.3 World Championships in New Zealand next year.

Goa Chief Minister Pramod Sawant, who also attended the event, said, "The IRONMAN 70.3 Goa has seen participants from 27 countries taking part in this event. It is a matter of great pride that this event being organized in India for the first time was hosted in Goa. It is a great example for sports tourism and we will continue to promote such events to be held here."