Mijito Vinito — the Indian diplomat, left the UNGA hall as soon as Pakistan PM Imran Khan began his speech at the UNGA. 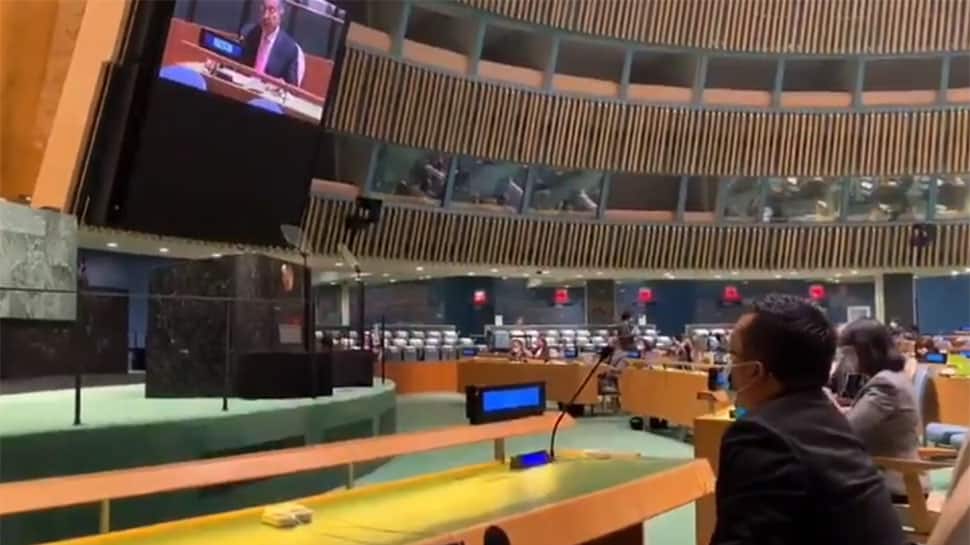 Mijito Vinito — the Indian diplomat, left the UNGA hall as soon as Pakistan PM Imran Khan began his speech at the UNGA. Vinito hails from Nagaland and had served in South Korea previously.

"Another litany of vicious falsehoods, personal attacks, war-mongering and obfuscation of Pakistan’s persecution of its own minorities and of its cross-border terrorism. Befitting Right of Reply awaits," he added.

Indian Prime Minister Narendra Modi is scheduled to address the UNGA for the General Debate as the first speaker in the forenoon of Saturday. He will speak in the 75th Session of the General Assembly on September 26. PM Modi is also expected to touch on India`s priorities at the United Nations. Since the UNGA in 2020 is being held in the backdrop of the COVID-19 pandemic, it is being conducted mostly virtually.

The theme of the 75th UNGA is--The future we want, the United Nations we need, reaffirming our collective commitment to multilateralism – confronting the COVID-19 through effective multilateral action.